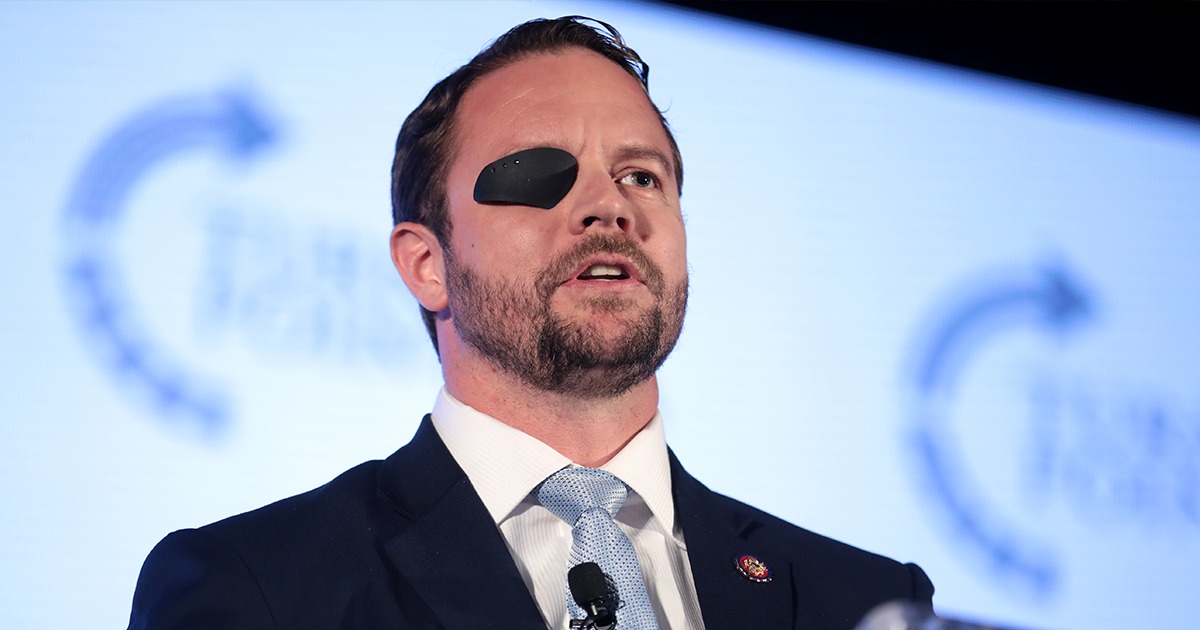 Crenshaw declares that the Confederacy is part of Democrat history, and must be erased.

Crenshaw declares that the Confederacy is part of Democrat history, and must be erased.

Rep. Dan Crenshaw (R-TX) voted with House Democrats on legislation to remove Confederate statues from Washington, D.C., and defended the decision on social media by claiming that the Confederacy represents the Democratic Party’s “racist past” and he was happy to help them “confront” such previous wrongdoings.

On Wednesday night, Crenshaw sided with House Speaker Nancy Pelosi (D-CA), who recently called for 11 statues of Confederate leaders from the Capitol building. Of the statues, 9 represent individuals who at some point were registered Democrats.

As Just the News notes, “The other two Confederates, Edmund Kirby Smith and Robert E. Lee, did not have a documented political affiliation, according to historical accounts.”

Crenshaw was one of six Republicans to break party lines and join Democrats in voting to remove statues representing American history.

In defense of his vote, Crenshaw asserts that “Republicans won the civil war,” while “Democrats have a long list of segregationists & KKK members. That’s their history.”

“I’m glad to help them confront that racist past & voted to remove these Democrat statues from positions of prominence,” wrote Crenshaw.

Statues Pelosi demands be removed from the Capitol include depictions of Robert E. Lee, Jefferson Davis, and Alexander Hamilton Stephens.

Last year, Crenshaw signaled to Democrats that he would work with them on red flag laws and other gun control legislation, going as far as to call critics of red flag gun confiscation laws emotional and uninformed.

On Facebook, Crensahw wrote that “There is a big difference between the current understanding of Red Flag Laws, and the kind of laws that conservatives could support,” and proceeded to attempt to explain the difference.

“What came out of [my endorsement] instead was hate filled comments, lots of emotion, a lot of anger, a lot of memes,” said Crenshaw. “The point is that clearly even the words Red Flag Law just emotionally triggered a lot of people, made you guys really mad at me.”

Crenshaw then insulted those who previously supported him, saying “Clearly when we say Red Flag Laws, you guys stop listening. You can’t hear what we’re suggesting.”

A total of 71 Republicans voted with Democrats to have the statues removed. The vote was 305-113.

Published in Crime, History, Opinion, Political News and US News