A 28 page document sent as a proposal to the Biden transition team by Secular Democrats of America, and endorsed by at least 14 Democrat House of Representatives members that suggests laws and rules be made to force conservative Christians into silence based on their religious beliefs, remove ‘In God We Trust’ from U.S. currency, rescind President Trump’s protections of religious liberties, Religious Freedom Restoration Act (RFRA), and much, much more.

The document is embedded at the bottom of this article and should be shown to every single person that denies there is an outright war against Christians right here in the united States of America.

THE WAR AGAINST CHRISTIAN IS REAL AND IT IS HERE IN THE U.S.

This has been presented to the Biden Transition Team by Representatives Jamie Raskin and Jared Huffman, and endorsed by Representative Jerry McNerney, and other members of the Congressional Free Thought Caucus (unless it is Christian or conservative thought!).

The document, presented by Reps Jamie Raskin, D-Md., and Jared Huffman, D-Calif., and endorsed by Rep. Jerry McNerney, D-Calif., states that an incoming Biden administration must “educate the American public,” particularly those identified as the “religious right,” on the need to keep their “religious dogma” to themselves. The document calls for a purge of social conservatives from all levels of government, labeling them as “white nationalist” and “conspiracy theorists.”

In a flyer by that organization, from before the election, we see their attacks on religion includes “Legislating Religious Freedom,” and a direct attempt to associate “Christian Nationalism,” with “White Supremacy.”

ANP EMERGENCY FUNDRAISER: Due to unexpected medical and emergency repair bills, please consider donating to ANP to help keep us in this ‘Info-war’ for America at this most critical time in US history,  during a time of systematic ‘big tech’ censorship and widespread Democrat corruption. 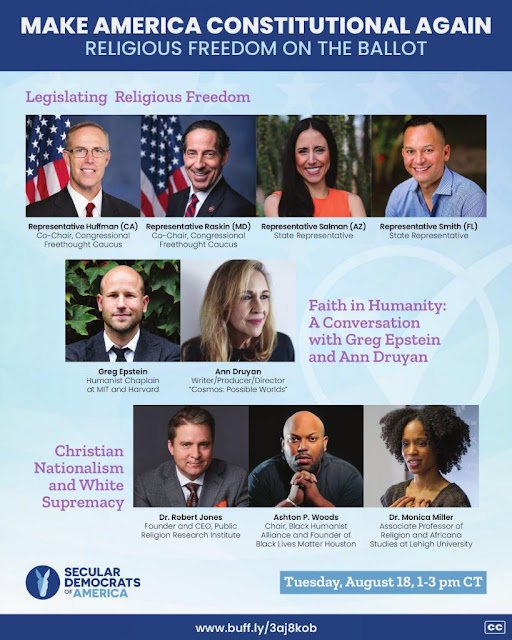 On Page 7, we see the type of attacks against religious liberties this group wants the Biden team to conduct.

• Liberty and reverse its implementation across various executive agencies

• Rescind and replace the Department of Justice Memorandum, Federal Law

This document also mentions  how  Barack Obama “stood with us on a number of occasions when he made history by mentioning nonbelievers positively in his public remarks and going out of his way to include nonbelievers in the democratic community.”

The attack against the traditional family unit:

• Reverse the Trump administration policies that have allowed faith-base government-funded contractors to provide adoption and foster care services to discriminate on the basis of religion and work with Congress to pass the Every Child Deserves a Family Act.

• Work with the Attorney General to reverse former Attorney General Jeff Sessions’ Memorandum on Federal Law Protections for Religious Liberty. In it place, issue a memorandum instructing all executive agencies to interpret religious freedom in such a way that protects the separation of religion and government, prohibits discrimination on the basis of religion, and prohibits government funding of explicitly religious activities. Oppose religious displays on government property and recognize this issue’s importance as a matter of basic constitutional respect that is not, as it is sometimes portrayed, only of concern to nontheists. Keeping the government from using religious symbols is as much about inclusion of embattled religious minorities as it is about respecting freedom of thought and the separation of church and state.

This document also encourages the opening of the borders by rescinding President Trump’s mandates against unlimited entrance to America from countries riddled with terrorism, encourages the appointment of an Attorney General that will support dictatorial governors in restricting religious gatherings in a house of worship, using the IRS to go after churches and other religious institutions.

Next they want to “reframe patriotism,” by avoiding phrases like “God and country,” ensure that humanist and nontheist chaplains serve in each branch of the military, accompany any biblical or scriptural references with “accompanied by an acknowledgement of the nonreligious.”

They encourage the removal of the terminology “In God We Trust,” calling it a “relic of McCarthyism and the anti-atheist hysteria of the 1950s, and it has been invoked by Christian nationalists to reinforce their historically revisionist narrative of our nation’s founding. ”

There is much more, so we encourage every reader to go through the document because not only is America going through the beginning of another civil war, and cultural controversies, but the attacks on religion within the darkness that is coming, will be a war in and of itself.

Here is the SCRIBD link and it is also embedded below. 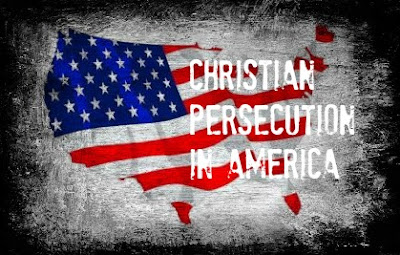 We constantly see liberals, including the media, deny the existence of the war against conservatives, censorship of both conservatives and Christian beliefs and the war on Christmas, and any other Christian holidays, yet the document discussed above, and show below, has been endorsed by a number of Democrat Reps in the U.S. House of Representatives, showing undeniable proof of where these “progressive” radical liberals want to take this nation.

This is the American left. This is where the Democrat party is right now, and it will continue to get worse. These are the people that will control the White House, via Kamala Harris.

This is the war against Christians liberals keep denying the existence of.

May God bless and protect you all.

SecularDemocratsofAmerica B… uploaded by All News Pipeline