DC’s Democrat mayor calls in NATIONAL GUARD to deal with migrants: Bowser demands help to deal with hundreds of illegals who have been by bussed in from Texas and caused ‘humanitarian crisis’ 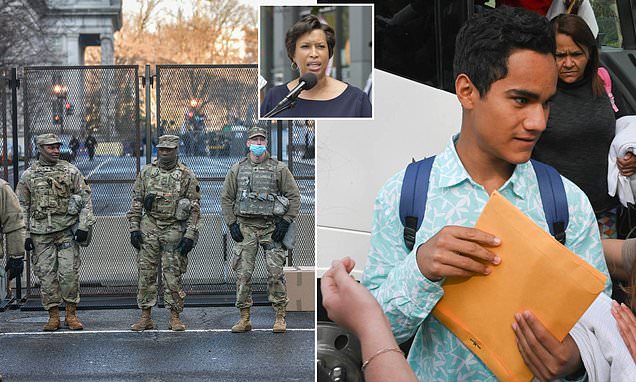 D.C. Mayor Muriel Bowser is calling on the National Guard to help deal with the…

Washington, D.C. Mayor Muriel Bowser is calling on the National Guard to be activated to help deal with the migration crisis in the nation’s capitol after Texas and Arizona launched an initiative sending asylum-seekers there.

‘The pace of arriving buses and the volume of arrivals have reached tipping points,’ Bowser wrote in a letter to the Biden administration. ‘Our collective response and service efforts have now become overwhelmed.’

‘Tragically, many families arrive in Washington, DC with nowhere to go, or they remain in limbo seeking onward destinations across the United States,’ she added.

The plea for assistance comes after a new NBC News report shows that, according to internal documents, 73 migrants were found living in houses in Northwest D.C. that are operated by human smugglers.

Bowser said that the migrant crisis landing on the front door of the nation’s capital has reached a ‘tipping point’ with more than 4,000 people arriving so far after crossing the border illegally from Mexico….READ FULL ARTICLE HERE… | Daily Mail Online

Published in Illegal Immigration, Political News and US News