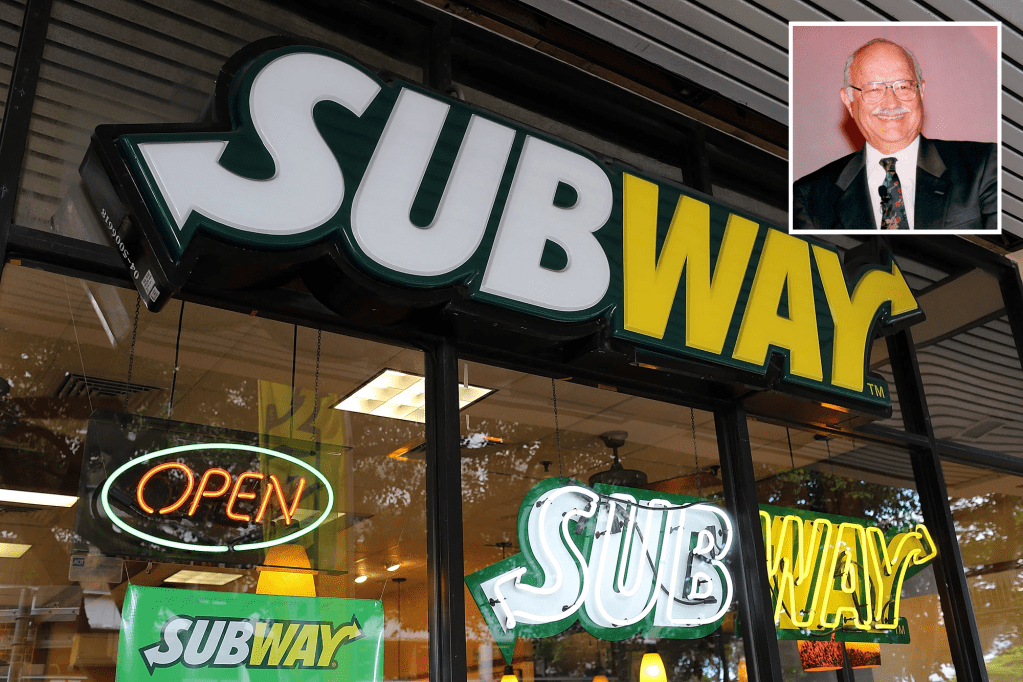 The death of nuclear physicist Peter Buck, who co-founded Subway Restaurants, has thrown the fast-food…

The death of a nuclear physicist who co-founded Subway Restaurants has thrown the fast-food giant’s future into doubt, with dealmakers fretting that hopes to sell the struggling chain look more complicated than ever.

Peter Buck — whose $1,000 loan to Fred DeLuca in 1965 to start a sandwich shop in Bridgeport, Conn. launched a global fast-food empire that made him a billionaire — died last week at the age of 90, the company said.