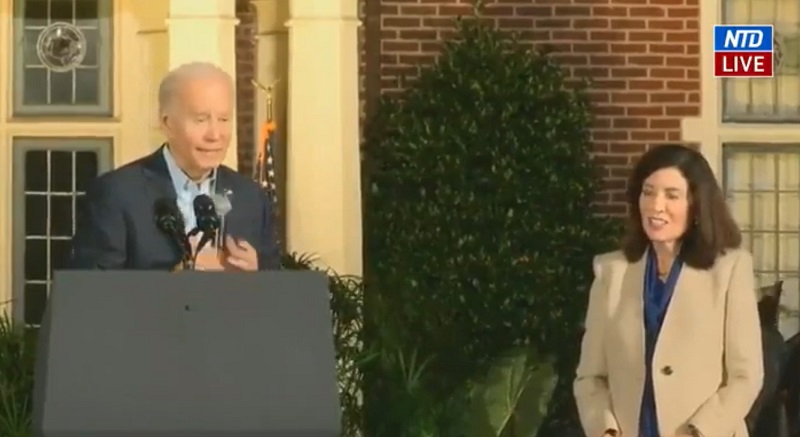 Joe Biden told a climate activist there would be no more drilling, just days after…

While campaigning in New York for Gov. Kathy Hochul (D-NY), Joe Biden, the occupant of the White House I often refer to as His Lying Demented Fraudulence, told a climate activist he would not allow any more drilling in the United States.  There’s only one problem.  Just days before, he complained oil companies aren’t drilling enough, Breitbart said.