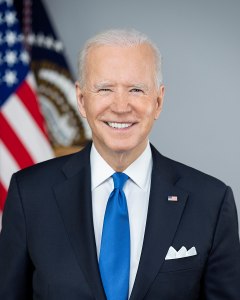 According to the Associated Press, President Joe Biden today will support changing the filibuster rule…

According to the Associated Press, President Joe Biden today will support changing the filibuster rule for voting rights legislation — a move widely viewed as effectively killing the rule. The report says that Biden will portray the choice starkly as one between democracy and autocracy. The AP, however, does not reference the third option of hypocrisy by failing to note that Biden vehemently opposed such moves for decades. He previously denounced killing the rule as “disastrous” for our democracy but now will declare the rule itself to be an existential threat to democracy. It is the latest example of President Biden’s embrace of “whatever it takes politics.”

Biden will use a speech at Atlanta’s Ebenezer Baptist Church to complete his abandonment of his long-held position. AP quotes his expected address to include the following statement:

“The next few days, when these bills come to a vote, will mark a turning point in this nation. Will we choose democracy over autocracy, light over shadow, justice over injustice? I know where I stand. I will not yield. I will not flinch. I will defend your right to vote and our democracy against all enemies foreign and domestic. And so the question is where will the institution of United States Senate stand?”