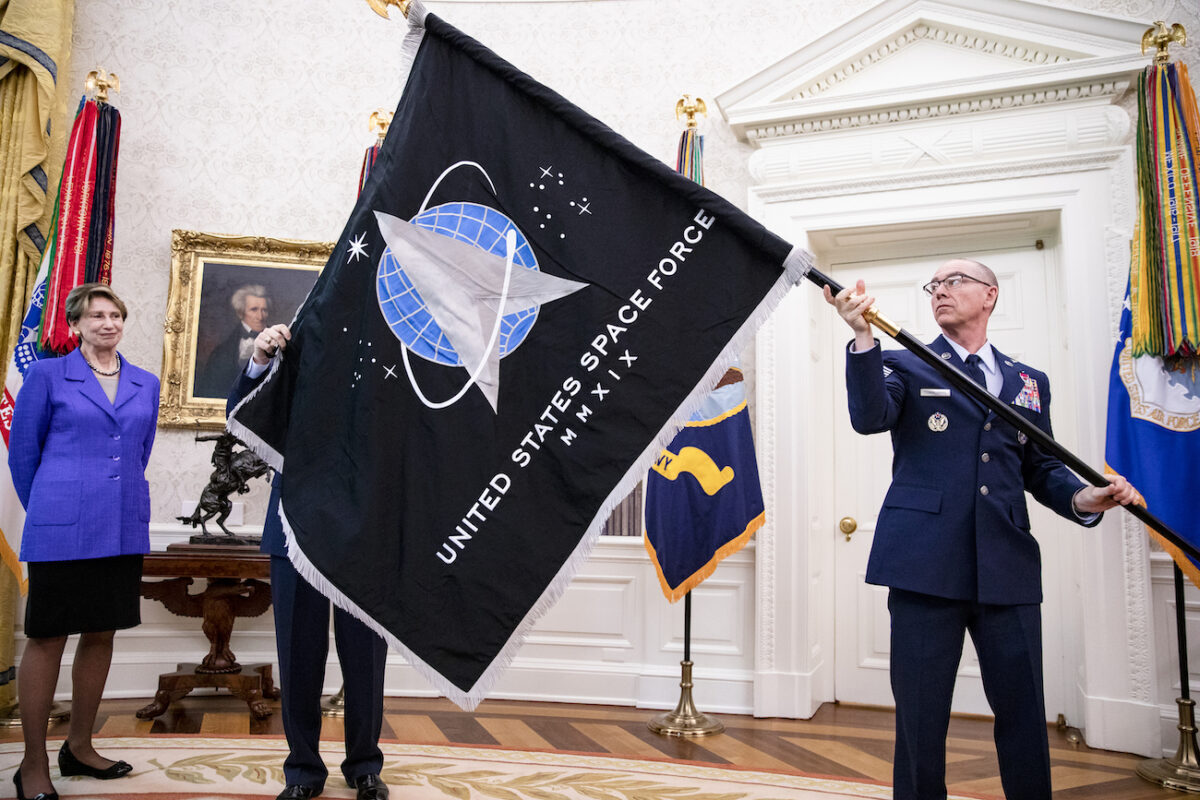 Some Democrats in Congress are trying to abolish the Space Force at a time when China and Russia have been doubling down on expanding their military capabilities in space.

“The long-standing neutrality of space has fostered a competitive, non-militarized age of exploration every nation and generation has valued since the first days of space travel,” Huffman said in a statement. “But since its creation under the former Trump administration, the Space Force has threatened longstanding peace and flagrantly wasted billions of taxpayer dollars.”

The Space Force was established in December 2019 and has been deemed by some to be one of Trump’s signature achievements. But its origin can be traced back to the beginning of the Cold War.

“Our mission must be to support the American people, not spend billions on the militarization of space,” Huffman added.
Huffman’s bill was co-sponsored by Reps. Mark Pocan (D-Wis.), Jesús García (D-Ill.), Rashida Tlaib (D-Mich.), and Maxine Waters (D-Calif.).

The bill comes as Congress moves to pass the National Defense Authorization Act, the annual bill that authorizes funding for the military.

Huffman’s bill is unlikely to succeed because the new military branch was established upon the National Defense Authorization Act (FY 2020), which received bipartisan support at the time. To cancel the Space Force, new legislation would need to be enacted.

China and Russia have been trying to advance their military capabilities in space for years.

China’s communist regime “has devoted significant resources to growing all aspects of its space program, from military space applications to civil applications,” reads the Pentagon’s latest annual report to Congress.

In May, China placed a rover on Mars, becoming the second nation after the United States to do so, the state-run Xinhua News Agency reported. China has continued to develop its space station and explore the moon.

According to the Center for Strategic and International Studies and the Secure World Foundation reports, Russia performed multiple anti-satellite weapons tests in 2020. China and India have tested their own military capabilities in orbit in past years, too, Axios reported.

On Monday at the Air Force Association’s Air, Space & Cyber Conference, U.S. Air Force Secretary Frank Kendall said that the threats presented by China continue to grow, including those from space.

On Tuesday, Gen. John “Jay” Raymon, chief of Space Operations, talked about the anti-satellite weapons China and Russia have owned.

China has deployed satellites with a robotic arm that could be used to “grab” other satellites. Russia has a co-orbital, anti-satellite weapon that “is specifically designed to kill U.S. satellites,” Raymon said during the same conference.

President Joe Biden hasn’t publicly shared his views on the future of the Space Force. His press secretary Jen Psaki dodged such a question in February, weeks after Biden took office.

However, she took to Twitter to say that “we look forward to the continuing work of Space Force,” signaling that Biden had no intention to change Space Force’s status at the time.

“We look forward to the continuing work of Space Force and invite the members of the team to come visit us in the briefing room anytime to share an update on their important work,” Psaki wrote.

The Epoch Times has contacted the White House and the Space Force for comment.

Published in China, Military, Political News, Russia, Traitors Among Us, Trump and US News