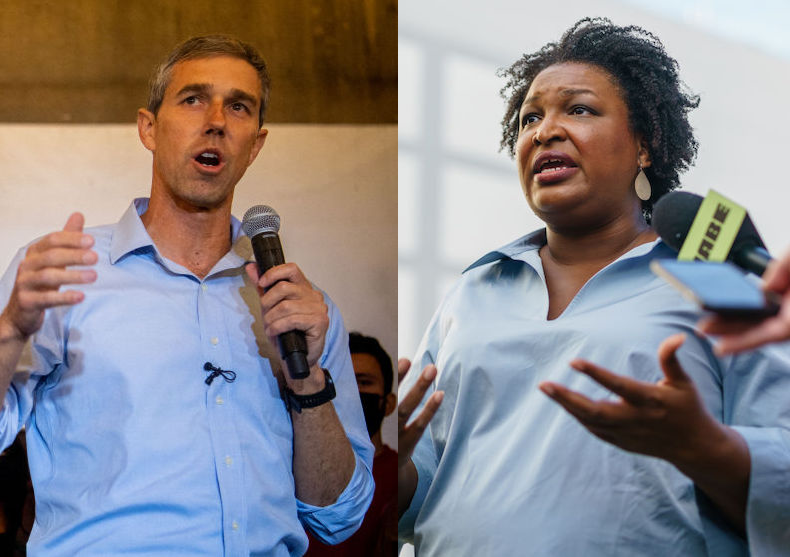 Abrams, who trailed Georgia governor Brian Kemp (R.) by 9 points with 72 percent of the vote reported Tuesday night, raised nearly $100 million between her campaign and leadership committee, state filings show. O’Rourke, meanwhile, raised $77 million and spent $72 million as of October 29—he trailed Texas governor Greg Abbott (R.) by more than 10 points with 60 percent of the vote reported. O’Rourke even broke Texas’s four-month fundraising record in July, when he raised $28 million.

Abrams’s and O’Rourke’s eye-popping fundraising hauls came despite their status as high-profile losers. Abrams lost to Kemp by roughly 1.5 points in 2018, a loss she refused to concede and portrayed as “stolen” and “rigged.” O’Rourke, who has said he was “just born to be in” politics, similarly lost to Sen. Ted Cruz (R., Texas) by 2 points in 2018. O’Rourke raised $80 million in that race, which was at the time the highest amount ever raised for a U.S. Senate campaign. O’Rourke went on to run for president, a campaign he ended in November 2019 after polling in the low single digits. During his short-lived presidential bid, O’Rourke said he could not “fathom a scenario” where he would run for office again if he did not become the Democratic nominee…