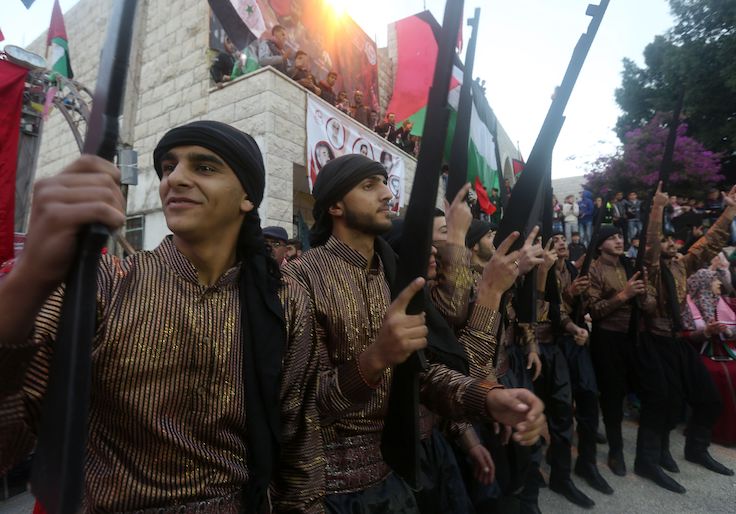 When Israel designated six Palestinian charities as part of a terrorism network in October, critics slammed the move,…

By Adam Kredo and Matthew Foldi

When Israel designated six Palestinian charities as part of a terrorism network in October, critics slammed the move, pointing to the fact that Israel had not produced evidence to support the decision. But a confidential dossier produced in May and circulated within the top echelons of the Israeli government makes the case that the charities have been effectively hijacked by a radical terrorist group responsible for dozens of hijackings and murders.

The 74-page dossier, obtained and reviewed by the Washington Free Beacon, is marked confidential and for Israeli government use only. The Israeli government would not confirm its authenticity. The dossier, which bears the logo of the Shin Bet, Israel’s national security agency, provides the firmest evidence to date that the Popular Front for the Liberation of Palestine (PFLP), a U.S.- and E.U.-designated terrorist group responsible for several airplane hijackings throughout the 1960s and ’70s, among other atrocities, operates a network of nonprofit groups to embezzle millions of dollars in funding from the European Union and international nongovernmental organizations (NGOs).

The dossier exposes an alleged network of PFLP members and associates with senior roles at the organizations, which claim to provide humanitarian services to the Palestinian people. Israel maintains these organizations have forged official documents and misled donors about where their money is going, and the dossier details how funds were channeled to the PFLP to fund terror attacks, including a 2019 strike in the West Bank that killed one Israeli and prompted a government-wide crackdown on the PFLP. In one case, Israel provides evidence that the NGO Al-Haq, a human-rights group based in Ramallah, prohibits “anyone who is not a PFLP member … from working there.”