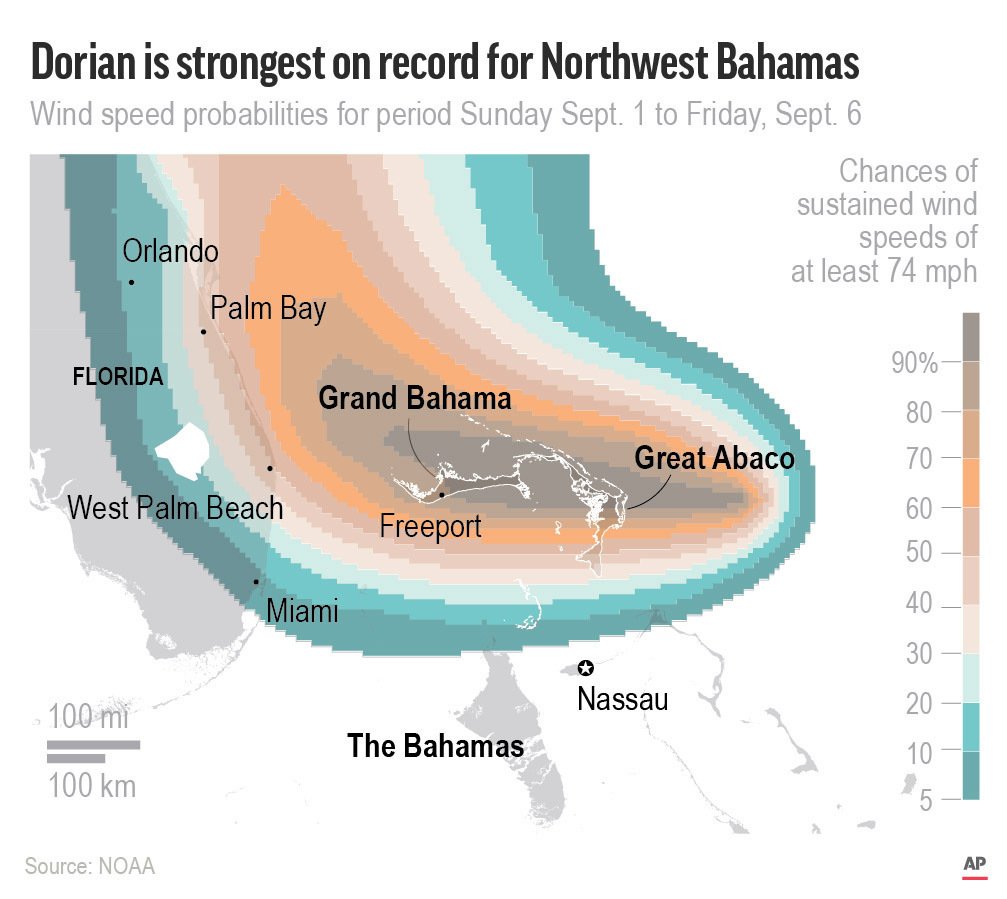 Dorian slammed into Elbow Cay in Abaco island at 12:40 p.m., and then made a second landfall near Marsh Harbour at 2 p.m., after authorities made last-minute pleas for those in low-lying areas to evacuate.

“It’s devastating,” said Joy Jibrilu, director general of the Bahamas’ Ministry of Tourism and Aviation. “There has been huge damage to property and infrastructure. Luckily, no loss of life reported.”

The hurricane moved over the eastern end of Grand Bahama island during the night, with a slight decrease in its top winds to 180 mph (285 kph), forecasters said. It was moving to the west at 6 mph (9 kph).

Earlier Sunday, Dorian’s maximum sustained winds reached 185 mph (297 kph), with gusts up to 220 mph (354 kph). That tied it for the most powerful Atlantic hurricane ever to come ashore, equaling the Labor Day hurricane of 1935, before the storms were named.  READ MORE…

Published in Hurricanes, US News, Weather and World News