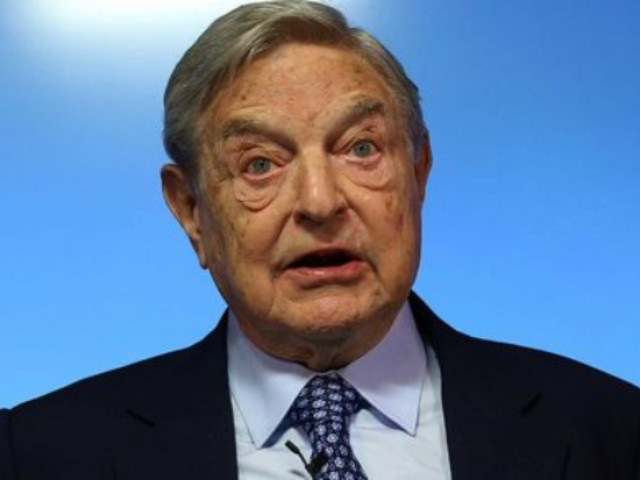 Sections of a so-called whistleblower’s complaint alleging President Donald Trump was “using the power of his office to solicit interference from a foreign country” in the 2020 presidential race relies upon a self-described investigative journalism organization bankrolled massively by billionaire activist George Soros.

The complainer admits, “I was not a direct witness to most of the events described.” Still, the so-called whistleblower goes on to allege that Trump pressured Ukrainian President Volodymyr Zelensky to investigate Joe Biden and his son, Hunter.

The transcript of the phone call authorized for release by President Trump evidences no such pressure or quid pro quo and shows the request to investigate alleged corruption involving Biden and his family was a small part of the call.

The “whistleblower” concedes that his information is based on secondhand knowledge: “However, I found my colleagues’ accounts of these events to be credible because, in almost all cases, multiple officials recounted fact patterns that were consistent with one another.”

One key section of the so-called whistleblower’s document claims that “multiple U.S. officials told me that Mr. Giuliani had reportedly privately reached out to a variety of other Zelensky advisers, including Chief of Staff Andriy Bohdan and Acting Chairman of the Security Service of Ukraine Ivan Bakanov.”

This was allegedly to follow up on Trump’s call with Zelensky in order to discuss the “cases” mentioned in that call, according to the so-called whistleblower’s narrative. The complainer was clearly referencing Trump’s request for Ukraine to investigate the Biden corruption allegations.

Even though the statement was written in first person –  “multiple U.S. officials told me” – it contains a footnote referencing a report by the Organized Crime and Corruption Reporting Project (OCCRP).

In a report published by the Organized Crime and Corruption Reporting Project (OCCRP) on 22 July, two associates of Mr. Giuliani reportedly traveled to Kyiv in May 2019 and met with Mr. Bakanov and another close Zelensky adviser, Mr. Serhiy Shefir.

The so-called whistleblower’s account goes on to rely upon that same OCCRP report on three more occasions. It does so to:

The OCCRP report repeatedly referenced is actually a “joint investigation by the Organized Crime and Corruption Reporting Project (OCCRP) and BuzzFeed News, based on interviews and court and business records in the United States and Ukraine.”

BuzzFeed infamously also first published the full anti-Trump dossier alleging unsubstantiated collusion between Trump’s presidential campaign and Russia. The dossier was paid for by Hillary Clinton’s campaign and the Democratic National Committee and was produced by the Fusion GPS opposition dirt outfit.

The so-called whistleblower’s document, however, only mentions the largely unknown OCCRP and does not reference BuzzFeed, which has faced scrutiny over its reporting on the Russia collusion claims.

“Two Unofficial US Operatives Reporting To Trump’s Lawyer Privately Lobbied A Foreign Government In A Bid To Help The President Win In 2020,” was the title of the BuzzFeed piece.