Double Amputee Lost His Legs at Age 6—But Then He Became an Athlete, a Mechanic, and a Dad 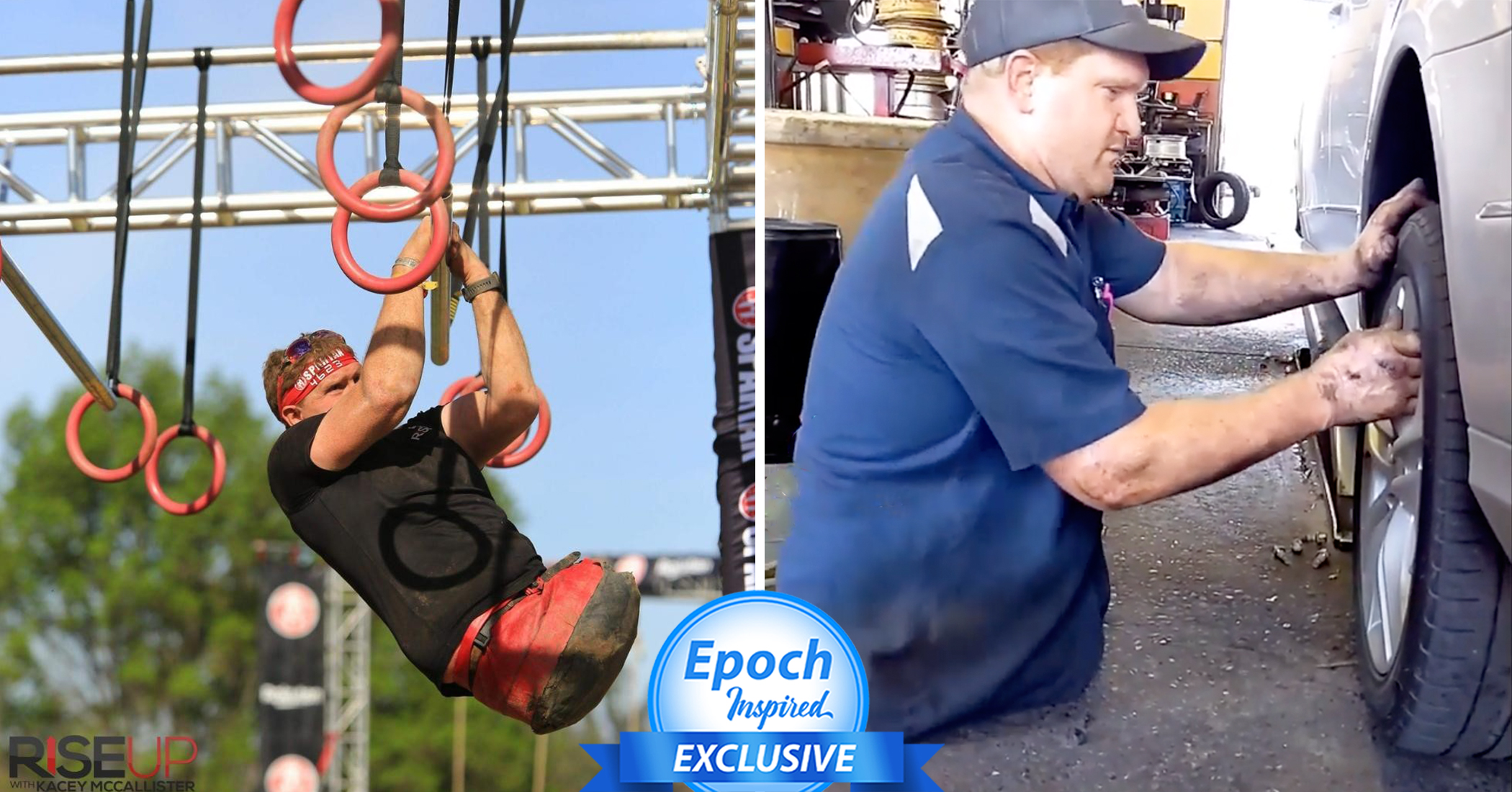 Double amputee lost his legs at age 6—but then he became an athlete, a mechanic, and a dad

Kacey McAllister was just 6 years old when tragedy struck, and forever changed the direction of his life.

While visiting relatives in Utah, the boy and his parents, from Wyoming, were crossing a road when he heard his parents tell him, “There’s two cars coming and a truck,” he later recalled.

After the two cars passed, Kacey ran out onto the road, and was struck by the oncoming truck, which wasn’t just an ordinary pickup, but an 18-wheeler petroleum tanker.

“I tried to dive out of the way but the semi hit my legs and rolled me through the wheels,” Kacey, now 35, told The Epoch Times. “And when it finally stopped, one of my legs had been completely amputated.

“The other one was injured to the point that they had to amputate it later at the hospital.”

Today, Kacey has his own family with kids and works as a motivational speaker—but since COVID hit, he’s been working for his father as a mechanic.

He recollected how, after the accident took place, he was brought to the hospital and learned the extent of his injuries. Being so young at the time, it wasn’t much of a challenge to get over the loss of his legs—as it certainly would be for many people.

“When I woke up, I reached down to where my legs should have been, and my mom was right there and she said, ‘Okay Kacey, your legs are gone; you don’t have your legs anymore.’ And I guess I kind of was like, ‘Okay,’” he recalled, laughing. “And then I kind of laid back down and that was that at the time.”

Kacey would face many challenges growing up, though; and over the course of the next few years and decades, he would come to learn something that would get him through life: to always rise up and not be defeated by the challenges life doles out.

Some of those first challenges were met when Kacey moved to a new school, where he was seen as the “weird kid in the wheelchair.”

“But then, you know, I finally got to a point where I’m like, ‘I’m an athlete, I’m a wrestler, I’m tough, and it really doesn’t matter what other people think.’ So I was able to be just fine in school,” he said.

Kacey excelled in sports. In addition to wrestling, he played wheelchair basketball, and others began to see him in a different light as he did.

“And then I go and show them, and they’re usually like, ‘Whoa, wow, that’s insane! That’s incredible!’”

He attributes his positive, “can do” attitude to how he was raised. “My parents made a point to treat me just like they would any of their other children. I had to do chores!” he joked.

Early after his injury, doctors had told his parents not to do things for him, as that would do more harm than good, not allowing him to overcome his own challenges.

“I had to figure out how to vacuum the floor, do dishes, do laundry, make meals.”

Later on, Kacey’s pursuit in athletics led him to run marathons—which he soon found to be too easy. Kacey always took others’ judgments that he “couldn’t” do something as a challenge “to do” it. But soon, he came face-to-face with his worst naysayer: himself.

He learned of the Spartan obstacle race, an international franchise which often runs in the United States. Kacey doubted his own ability to finish the course.

“It didn’t take myself long to realize that I was the one telling me that I couldn’t do it. And so, I decided, ‘You know what, I don’t know if I can do it or not, I really don’t. But I’m going to give it a try,’” he said.

He signed up for the daunting obstacle race. And although it took him “forever,” he completed it. He’s since conquered 35 Spartan Races, traveling to various parts of the United States to compete—from Seattle to Hawaii. His next one will be in Sacramento, California.

Kacey also went on to become a motivational speaker to inspire others with his life philosophy of “rising up” to meet life’s challenges.

Recently though, the pandemic put a halt to large gatherings, and he has found new work as a mechanic, working for his dad in his auto shop.

“I had to figure out how to do a lot of different things. A lot of the machines—we use the tire machines—and a lot of that, they’re designed for someone with feet to be able to use them,” he said.

“But honestly, though, there’s a lot of things that are easier for me to do; because I don’t have to lift the car way up into the air, I can have just a couple feet off the ground and get right in there and have little to no problem doing a lot of the work.”

Yet, perhaps Kacey’s greatest challenge is being a father, raising kids. “One of the biggest challenges when you talk about accomplishments is, honestly, my family, because I have five kids and nearly anybody with kids knows how challenging children can be,” he added.

“But I have such an amazing family and such a supportive wife, and kids that helped me to achieve these incredible goals.” 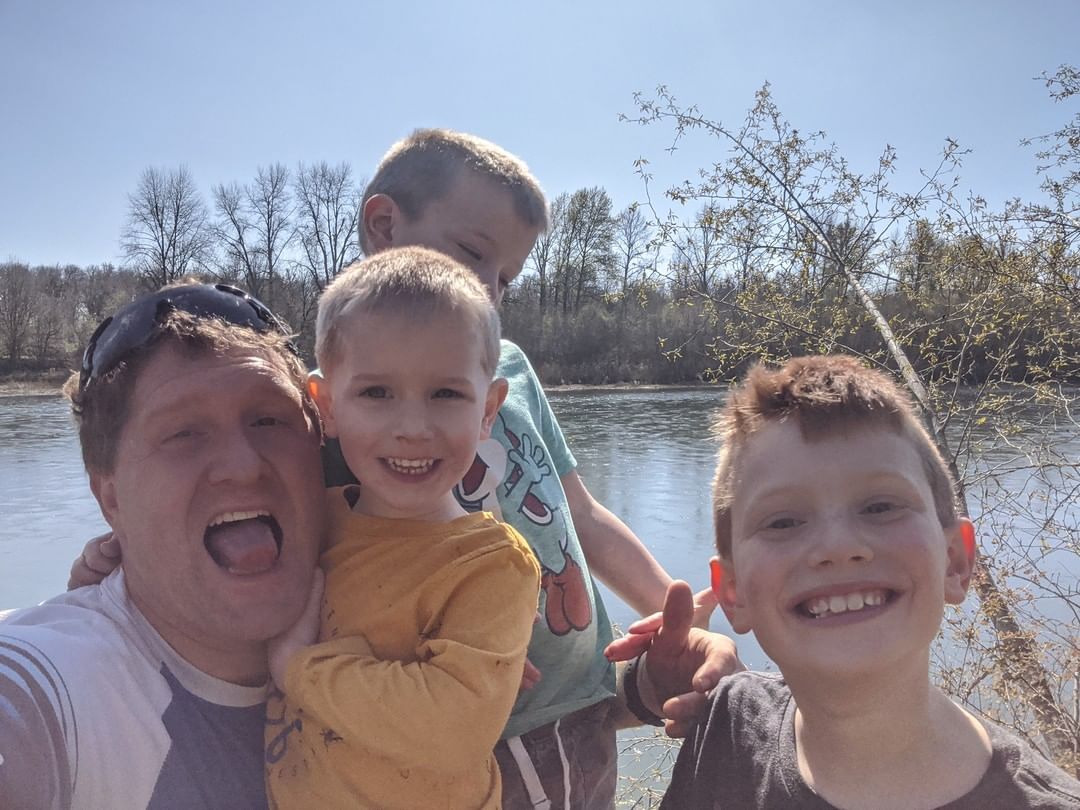