Elon Musk tweets against Biden and in support of Canadian truckers 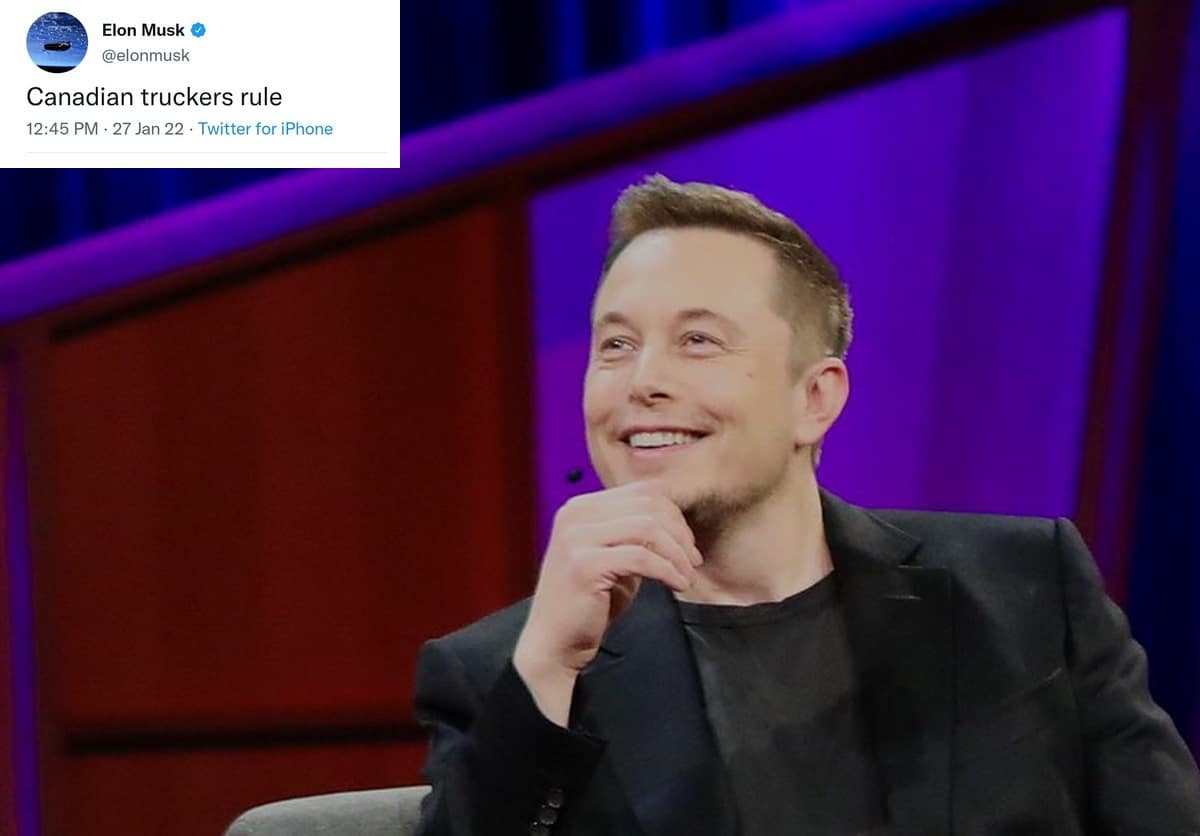 Elon Musk tweets against Biden and in support of Canadian truckers

Tesla CEO Elon Musk has accused President Joe Biden of “treating the American public like fools.” He has also given his stamp of approval to Canadian truckers as they protest vaccine mandates for cross-border drivers, tweeting simply that “Canadian truckers rule.”

Musk says Biden is treating the American public like fools

Musk made the remark about Biden treating the Americans like fools in response to a tweet from Kim Paquette, who describes herself as a “FSDBeta tester, professional wanderluster, amateur mixologist and TSLA HODLER.”

Paquette retweeted Biden’s statement that he meant it when he said that “the future was going to be made right here in America. Companies like GM and Ford are building more electric vehicles here at home than ever before.” Musk responded with this tweet…