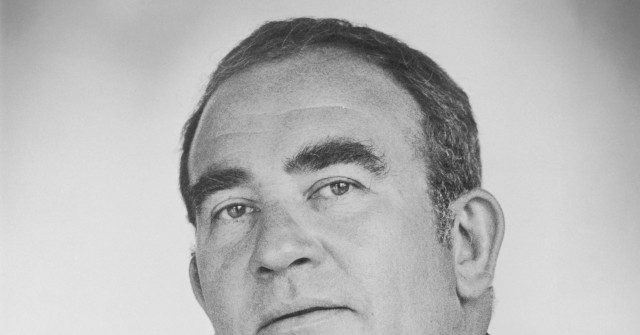 Ed Asner, an iconic actor with more than 60 years of film and TV credits…

LOS ANGELES (AP) — Ed Asner, the burly and prolific character actor who became a star in middle age as the gruff but lovable newsman Lou Grant, first in the hit comedy “The Mary Tyler Moore Show” and later in the drama “Lou Grant,” died Sunday. He was 91.

Asner’s representative confirmed the actor’s death in an email to The Associated Press. Asner’s official Twitter account included a note from his children: “We are sorry to say that our beloved patriarch passed away this morning peacefully. Words cannot express the sadness we feel. With a kiss on your head- Goodnight dad. We love you.”

Built like the football lineman he once was, the balding Asner was a journeyman actor in films and TV when he was hired in 1970 to play Lou Grant on “The Mary Tyler Moore Show.” For seven seasons he was the rumpled boss to Moore’s ebullient Mary Richards (He called her “Mary,” she called him “Mr. Grant”) at the fictional Minneapolis TV newsroom where both worked. Later, he would play the role for five years on “Lou Grant.”

Asner’s character had caught on from the first episode of “Mary Tyler Moore,” when he told Mary in their initial meeting, “You’ve got spunk. … I hate spunk!” The inspired cast included Ted Knight as Ted Baxter, the dimwitted news anchor; Gavin MacLeod as Murray Slaughter, the sarcastic news writer; and Betty White as the manipulative, sex-obsessed home show hostess Sue Ann Nivens. Valerie Harper and Cloris Leachman, playing Mary’s neighbors, both saw their characters spun off into their own shows. 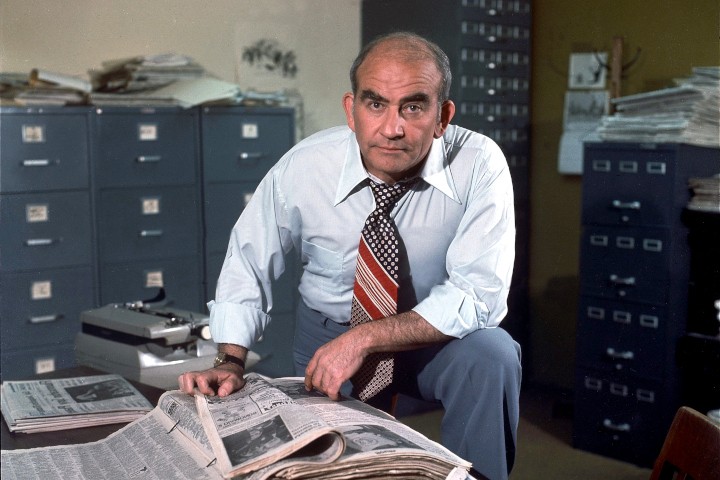 Asner is the third “Mary Tyler Moore” alum to die in recent months. Leachman died in January and MacLeod died in May.

“Mary Tyler Moore” was still a hit when the star decided to pursue other interests, and so it was brought to an end in the seventh season with a hilarious finale in which all of the principals were fired except for the bumbling Baxter.

Asner went immediately into “Lou Grant,” his character moving from Minneapolis to Los Angeles to become city editor of the Tribune, a crusading newspaper under the firm hand of Publisher Margaret Pynchon, memorably played by Nancy Marchand.

He had more than 300 acting credits and remained active throughout his 70s and 80s in a variety of film and TV roles. In 2003, he played Santa Claus in Will Ferrell’s hit film “Elf.” He was John Goodman’s father in the short-lived 2004 CBS comedy “Center of the Universe” and the voice of the elderly hero in the hit 2009 Pixar release, “Up.” More recently, he was in such TV series as “Forgive Me” and “Dead to Me.”

Nonetheless, Asner told The Associated Press in 2009 that interesting roles were hard to come by.

“I never get enough work,” he said. “It’s the history of my career. There just isn’t anything to turn down, let me put it that way.”

“I’d say most people are probably in that same boat, old people, and it’s a shame,” he said.

As Screen Actors Guild president, the liberal Asner was caught up in a political controversy in 1982 when he spoke out against U.S. involvement with repressive governments in Latin America. “Lou Grant” was canceled during the furor that followed and he did not run for a third SAG term in 1985.

Asner discussed his politicization in a 2002 interview, noting he had begun his career during the McCarthy era and for years had been afraid to speak out for fear of being blacklisted.

Then he saw a nun’s film depicting the cruelties inflicted by El Salvador’s government on that country’s citizens.

“I stepped out to complain about our country’s constant arming and fortifying of the military in El Salvador, who were oppressing their people,” he said.

Former SAG President Charlton Heston and others accused him of making un-American statements and of misusing his position as head of their actors union.

“We even had bomb threats at the time. I had armed guards,” Asner recalled.

The actor blamed the controversy for ending the five-year run of “Lou Grant,” although CBS insisted declining ratings were the reason the show was canceled.

Although the show had its light moments, its scripts touched on a variety of darker social issues that most series wouldn’t touch at the time, including alcoholism and homelessness. Asner remained politically active for the rest of his life and in 2017 published the book “The Grouchy Historian: An Old-Time Lefty Defends Our Constitution Against Right-Wing Hypocrites and Nutjobs.” 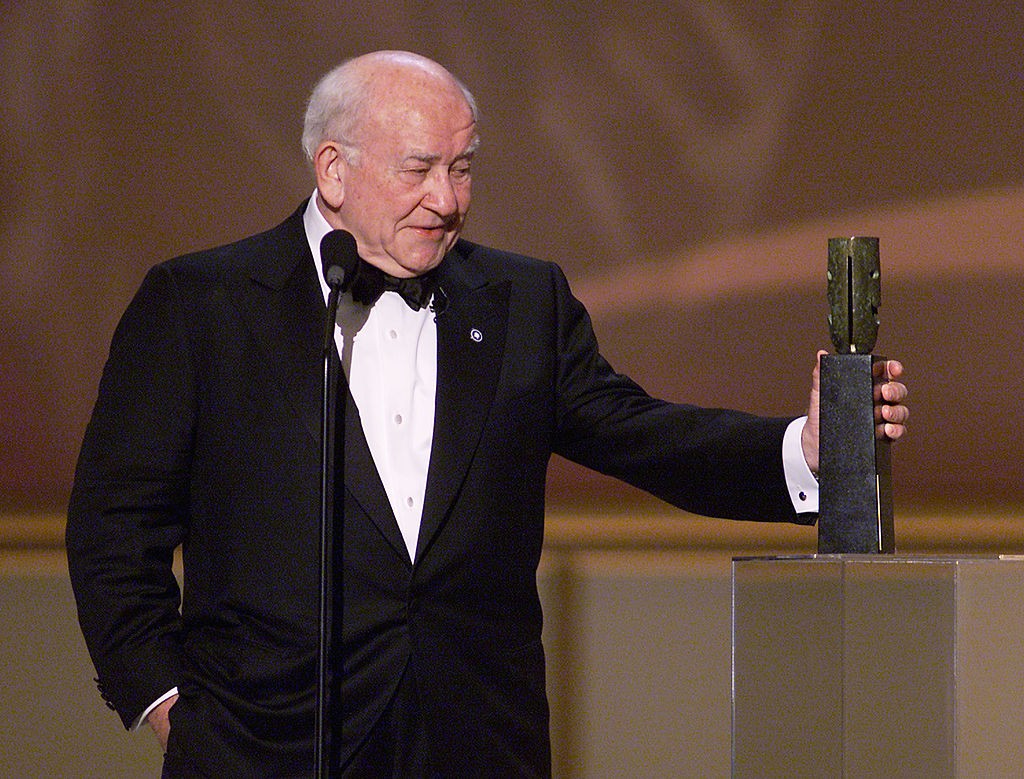 Asner, born in Kansas City, Missouri, in 1929, almost became a newsman in real life. He studied journalism at the University of Chicago until a professor told him there was little money to be made in the profession.

He quickly switched to drama, debuting as the martyred Thomas Becket in a campus production of T.S. Eliot’s “Murder in the Cathedral.”

He eventually dropped out of school, going to work as a taxi driver and other jobs before being drafted in 1951. He served with the Army Signal Corps in France.

Returning to Chicago after military service, he appeared at the Playwrights Theatre Club and Second City, the famed satire troupe that launched the careers of dozens of top comedians.

Later, in New York, he joined the long-running “The Threepenny Opera” and appeared opposite Jack Lemmon in “Face of a Hero.”

Arriving in Hollywood in 1961 for an episode of television’s “Naked City,” Asner decided to stay and appeared in numerous movies and TV shows, including the film “El Dorado,” opposite John Wayne; and the Elvis Presley vehicles “Kid Galahad” and “Change of Habit.” He was a regular in the 1960s political drama series “Slattery’s People.”

He was married twice, to Nancy Lou Sykes and Cindy Gilmore, and had four children, Matthew, Liza, Kate and Charles.