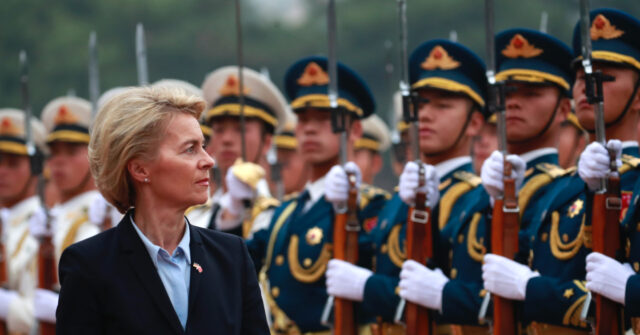 EU Ambassador Calls for 'Reunification' Between Taiwan and China

The EU's newly appointed ambassador to Beijing said that China should "rule the world," and…

The EU’s newly appointed ambassador to Beijing has argued that it is “essential” that Communist China “rules the world,” and that the bloc would support the “reunification” of the independent island of Taiwan with the mainland.

In an interview with the Spanish newspaper La Vanguardia, Spain’s former ambassador to Japan, Jorge Toledo Albiñana set out what appears to be the most friendly position towards the Chinese Communist Party from an EU diplomat in years, critically contradicting other statements on the sovereignty of Taiwan.

“The EU does not defend the independence of Taiwan, but the peaceful reunification. We believe that there should be only one China,” Albiñana said.

Given the newly appointed EU ambassador to Beijing also said that the bloc would not accept an invasion of the island by Communist China and would impose similar sanctions to those levied against Russia following the full-scale invasion earlier this year of Ukraine, it is unclear how such a “reunification” could occur given the fact that Taiwan has never been ruled by the CCP and maintains its own democratically elected government, military, currency, written language, and culture…