Europeans Vaccinated With AstraZeneca Should Be Able to Enter US, Says EU 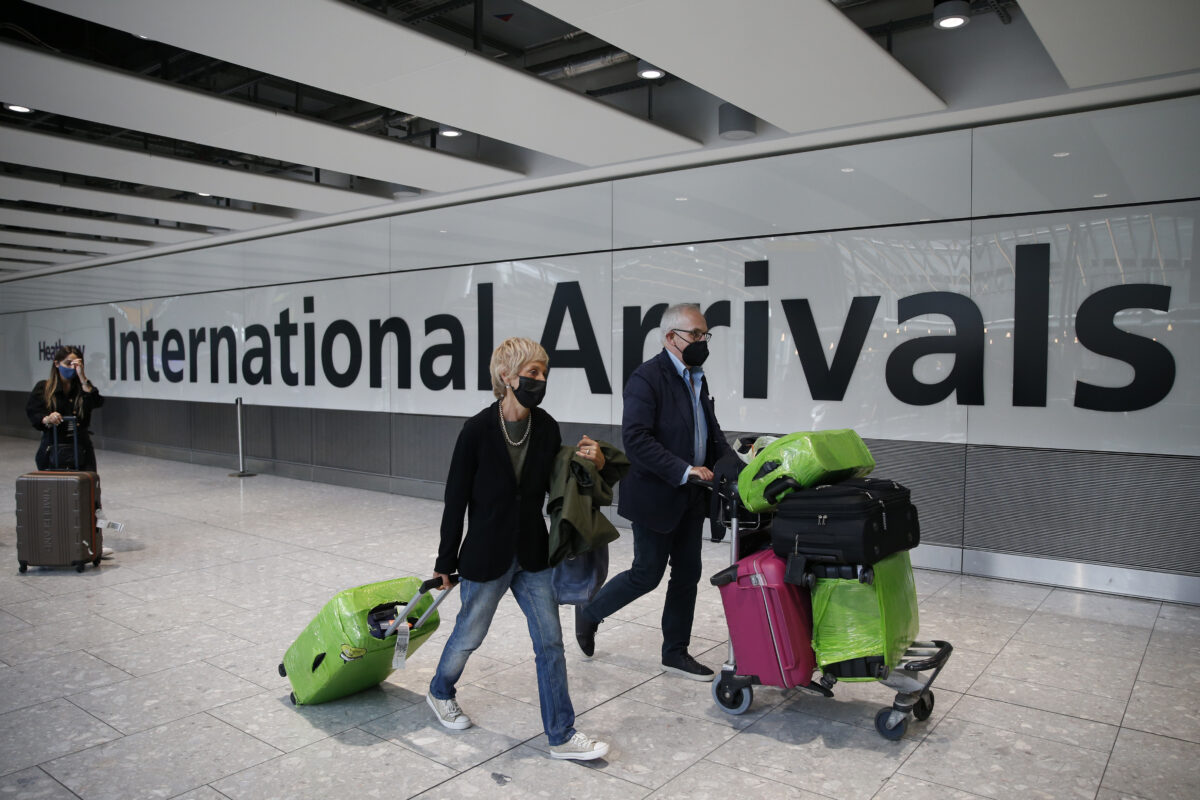 Europeans Vaccinated With AstraZeneca Should Be Able to Enter US, Says EU

People who have received two doses of AstraZeneca’s COVID-19 vaccine should be able to travel to the United States once restrictions are eased, even though the vaccine hasn’t been approved yet by U.S. regulators, the European Commission (EC) said on Tuesday.

“From our point of view, obviously it would make sense for people who have been vaccinated with AstraZeneca to be able to travel,” Eric Mamer, a spokesperson for the EC, said during a press briefing.

“We believe the AstraZeneca vaccine is safe,” Mamer added, although he also noted that the final decision remains with American authorities.

The Biden administration confirmed on Sept. 20 that it will ease travel restrictions on COVID-19-vaccinated foreign visitors from November. It hasn’t been confirmed yet which vaccines will be accepted under the new requirement, or whether vaccines that haven’t been approved by the Food and Drug Administration (FDA) could be accepted.

The FDA has so far authorized COVID-19 vaccines produced by Pfizer/BioNTech, Moderna, and Johnson & Johnson, but is still reviewing the AstraZeneca shot.

Thierry Breton, the European Union (EU) commissioner for the internal market, told AFP that he had a conversation on the matter with White House COVID-19 coordinator Jeff Zients, who “sounded positive and optimistic,” though Zients also noted that “for the other vaccines, for AstraZeneca in particular, their health agency would decide.”

In the United States, the Centers for Disease Control and Prevention (CDC) makes the final decision on which COVID-19 vaccines will be authorized for use in the country.

AstraZeneca’s COVID-19 vaccine, developed in the United Kingdom by Oxford University, is approved for use in 27 EU countries, where about 70 million shots have been administered cumulatively, according to public data.

UK Prime Minister Boris Johnson said that he is “delighted” the Biden administration reinstating transatlantic travel so fully vaccinated British nationals are able to visit the United States once again.

“It’s a fantastic boost for business and trade, and great that family and friends on both sides of the pond can be reunited once again,” Johnson said.

About 18 months ago, the Trump administration announced that the United States would restrict flights from China, much of Europe, the UK, Brazil, and other countries in the nascent phase of the COVID-19 pandemic. COVID-19 is the disease caused by the CCP (Chinese Communist Party) virus.

Those restrictions were intact when Biden took office in January 2021, and the White House announced in July that it would maintain the restrictions due to the Delta variant.

For months, airlines and airline groups have been pushing the Biden administration to rescind the restrictions, as European and UK officials have eased entry rules for U.S. travelers.

Jack Phillips and Reuters contributed to this report.