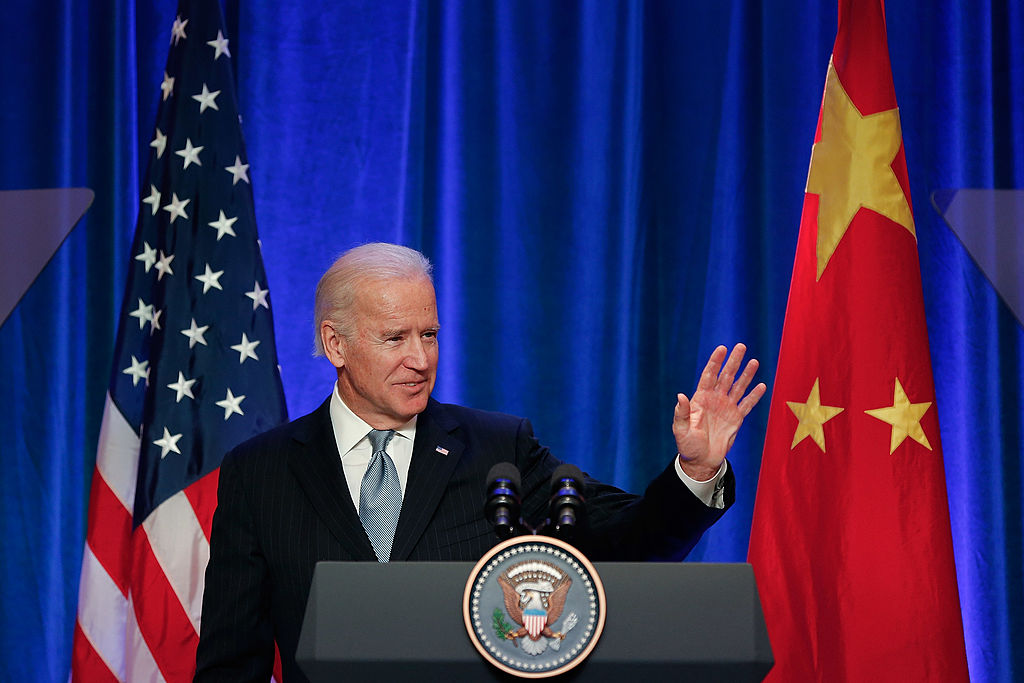 Totaling $9,500, the sum appears to confirm the findings of a recent U.S. intelligence report insisting the Chinese Communist Party is attempting to secure a Biden victory.

Pennsylvania resident Liu Jun, an employee of China Orient, has donated $750 to the Biden campaign. China Orient is a state-owned asset management company and merchant bank which describes its raison d’etre as “fully implementing the requirements of the central government and the arrangements made by the higher authorities”

“China Orient will keep in mind the original aspiration and mission as a central financial enterprise, thoroughly implement the spirit of the 19th CPC National Congress, the second, third and fourth plenary sessions of the 19th CPC National Congress, and the central economic work conference, [and] fully implement the requirements of the central government and the arrangements made by the higher authorities.”

COSL is a Chinese state-owned oilfield services company which has seen its subsidiaries fined over $415,000 by the U.S. Treasury Department for violating sanction by exporting oil rig supplies to Iran.

Many states have listed COSL on their Iran-linked “scrutinized companies” list, rendering the firm ineligible for investment and or state contracting.

Per Federal Election Commission (FEC) records, the Biden campaign has also received $5,500 from Tencent employees, the Chinese tech behemoth which owns the “WeChat” app set to be banned by the Trump administration.

Tencent has also been described the U.S. State Department’s Bureau of International Security and Nonproliferation as a “tool of the Chinese government,” noting it retains “no meaningful ability to tell the Chinese Communist Party ‘no’ if officials decide to ask for their assistance.”

It also provides “a foundation of technology-facilitated surveillance and social control” as part of the CCP’s broader crusade “to shape the consistent with its authoritarian model,” the report notes.

The firm’s CEO also has direct CCP links, currently serving as a Congressional Deputy and a member of the premier CCP body, the Standing Committee.

And ByteDance, the parent company of “socialist value-promoting” TikTok, has seen an employee, Chris Roberts, from the company’s trust and safety department, $250 to the campaign in July.

Akin to Tencent,  TikTok is imminently set to be deleted from U.S. app stores.

Chinese state-run media outlets, mouthpieces for the government, have penned a profuse number of op-eds praising the former veep, and, now, the Chinese Communist Party’s employees seem to be putting their money where their mouth is.

Published in Biden, Financial News, Political News and US News