EXCLUSIVE: ‘Hand sanitizer cop’ is REVEALED as he’s seen for the first time since deadly Uvalde shooting: DailyMail.com names seven other ‘cowards’ who stood by at elementary school as 19 innocent children were slaughtered 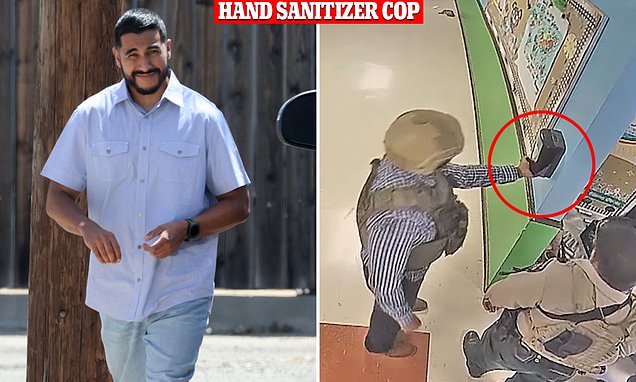 By ALAN BUTTERFIELD IN UVALDE

The identity of the Uvalde officer who used hand sanitizer while a gunman slaughtered 19 children and two teachers down the hall can now be revealed – as he’s seen for the first time since the deadly shooting.

Upon leaving the morning mass, the casually-dressed cop opened the door of his black Chevy Silverado for his young daughter and wife. He then drove to the local Dairy Queen, went through the drive-thru and spent about 30 minutes in the parking lot before heading back home.

When he arrived home, a DailyMail.com reporter attempted to speak with him about the events at Robb Elementary and why he used hand sanitizer. He waved the reporter off and instructed his family to get back into his truck and sped off…