EXCLUSIVE: ‘Joe was centered on the returns in the family coffers.’ Whistleblower claims Hunter and then-VP Biden were part of a group call to discuss online gambling venture in Latin America – the president talking like he was chairman of the board 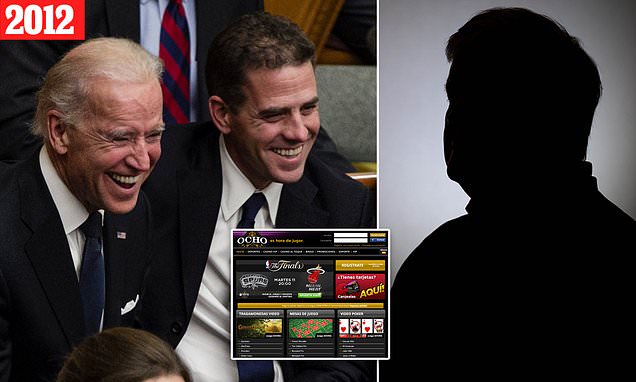 By JOSH BOSWELL FOR DAILYMAIL.COM

Joe Biden was involved in his son Hunter’s foreign business deals while he was Vice President, a new whistleblower with direct knowledge claims.

The whistleblower has identified themselves to Senate investigators but asked to remain anonymous for fear of reprisals.

The informant says they were party to a 2012 conference call involving then-VP Joe, Hunter, 52, his business partner Jeff Cooper, 53, late Senate majority leader Harry Reid and his son Key Reid, 48, who was also in business with Hunter…