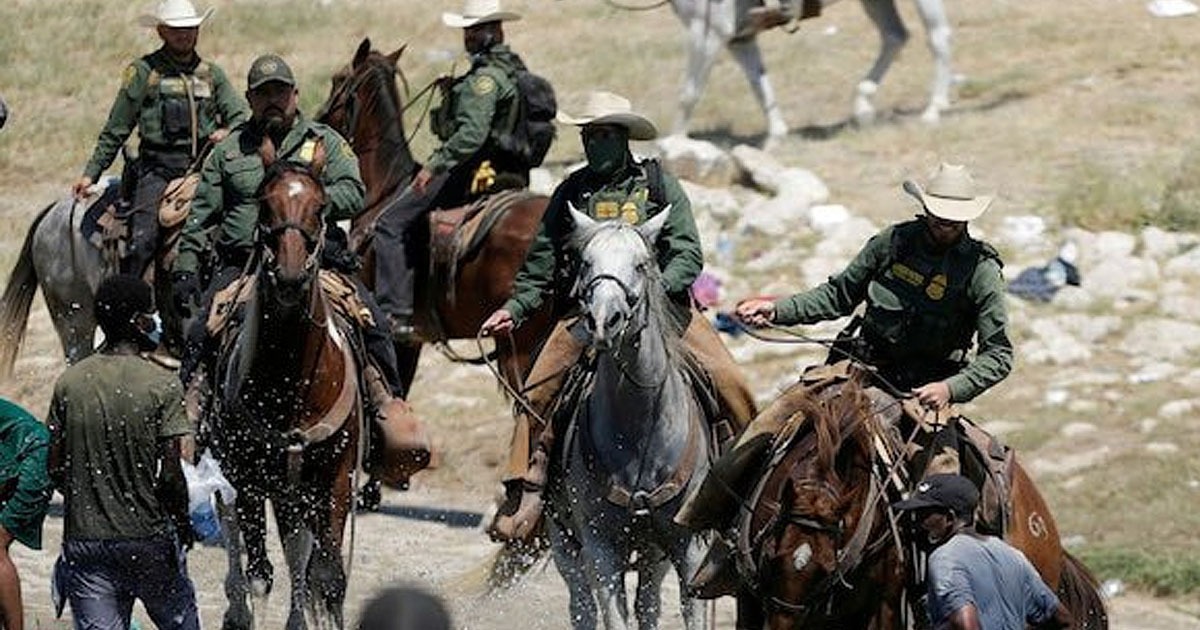 Left-wing corporate media outlets are currently circulating the narrative that illegal Haitian migrants at the U.S. southern border are being beaten with whips by Border Patrol officers on horseback. These claims are unequivocally false, as not only are the “whips” in the viral images and video footage actually horse reins, but there is no evidence that the reins were actually used to strike illegal migrants.

The still images and videos quickly went viral on left-wing social media platforms such as Twitter, with far-left corporate media outlets such as VICE running headlines along the lines of “Border Patrol agents are whipping Haitian migrants at the US-Mexico border in Texas.”

The main problem with this false narrative is that it is being circulated by people who have little to no knowledge of what a whip actually is. The “whips” and “lariats” seen in the images and videos are clearly horse reigns, and bear no resemblance to bullwhips or other scourges.

A statement released by the Border Patrol thoroughly debunked the “Border officer are whipping illegal migrants” narrative, noting that “Agents use their reins for a lot of reasons. Primarily it’s used to steer the horse, but agents will also spin them sometimes to deter people from getting too close to the horse,” and “Agents also need to maintain control of their reins so they don’t lose control of the horse, which can also cause injuries to immigrants, the agents, and the horses.” The statement concluded, “We are not aware of anyone being struck with the reins.”

From a Border Patrol source: “Agents use their reins for a lot of reasons. Primarily it's used to steer the horse, but agents will also spin them sometimes to deter people from getting too close to the horse…We are not aware of anyone being struck with the reins.” https://t.co/yxxyoAuklh pic.twitter.com/t3o3h9dJbL

The Border Patrol’s statement is backed up by a thorough examination of the images and videos, which confirm that at no point can the reins be seen coming into contact with the bodies of illegal Haitian migrants. National File rates the claim that Bordper patrol agents are using whips on illegal migrants as Completely False.