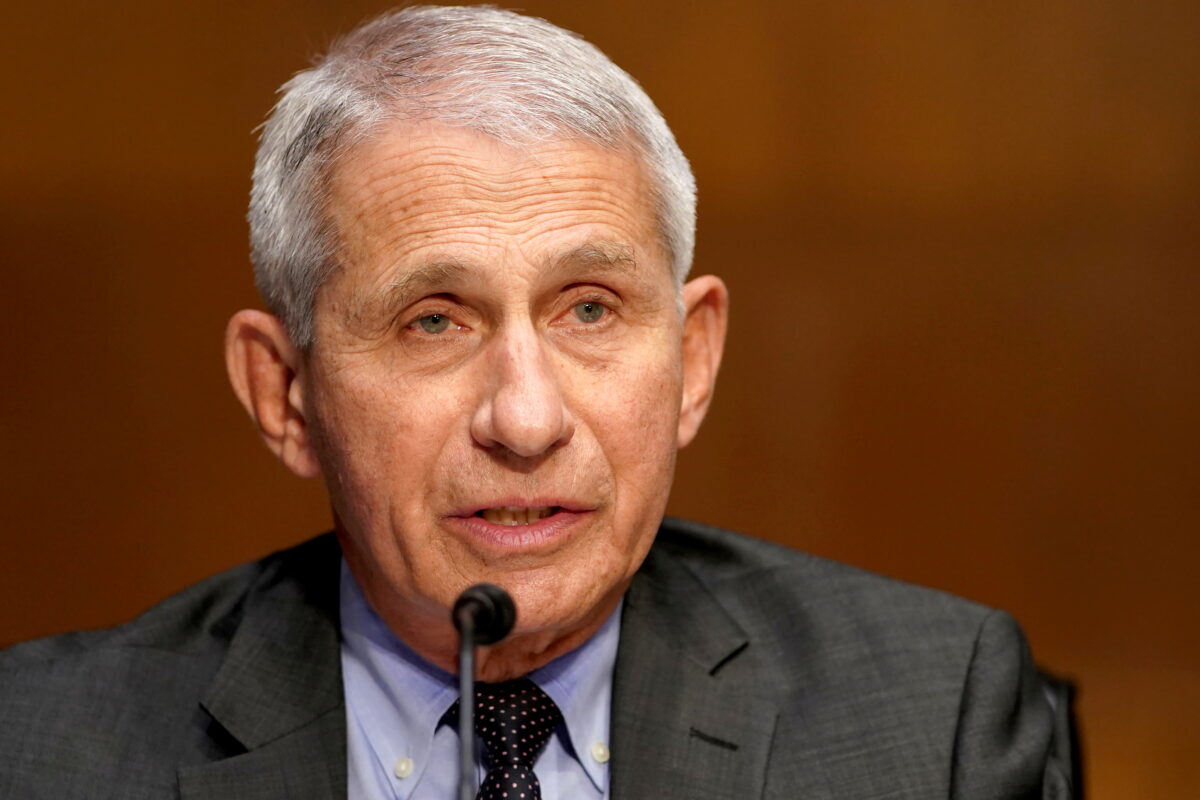 Anthony Fauci, President Joe Biden’s chief medical adviser, said that federal data showed that the amount of virus in Delta strain COVID-19 breakthrough cases of those who are vaccinated is nearly identical to levels seen among unvaccinated people.

Fauci, who is head of the National Institute of Allergy and Infectious Diseases (NIAID), said it was unusual to find that the levels of the Delta variant in both vaccinated and unvaccinated people are “really quite similar, almost identical.”

He cited data provided by the Centers for Disease Control and Prevention (CDC) for his assertion, adding that’s why the CDC updated its guidance around mask-wearing last week.

“So we know now that vaccinated people who get breakthrough infections can spread the virus to other people,” Fauci said. “The fundamental basis for the CDC modifying their guidelines and saying now, ‘If you’re an area of a high or substantial trend of level of virus, namely a red or an orange zone, when you’re in an indoor public setting, you need to wear a mask.’ That’s the fundamental reason for that change.”

Late last week, the CDC released a study from Barnstable County, Massachusetts—which includes Cape Cod—that revealed that 74 percent of COVID-19 Delta cases in a recent outbreak were among vaccinated individuals.

That study, which was published days after the CDC released its updated guidance, was cited by the federal health agency to recommend that individuals regardless of vaccination status wear masks indoors in high-transmission areas.

“Findings from this investigation suggest that even jurisdictions without substantial or high COVID-19 transmission might consider expanding prevention strategies, including masking in indoor public settings regardless of vaccination status, given the potential risk of infection during attendance at large public gatherings that include travelers from many areas with differing levels of transmission,” researchers wrote, explaining why people should wear masks inside.

In recent days, the Biden administration has been criticized for what some have described as poor messaging and a lack of transparency over the latest CDC guidance on masking. The delay in the publication of the CDC study, as well as recent public comments made by several White House officials about lockdowns, were flagged as confusing and contradictory.

Fauci, in a separate interview with ABC News on Sunday, said the United States likely won’t go into a lockdown over the Delta variant.

“I don’t think we’re going to see lockdowns. I think we have enough of the percentage of people in the country, not enough to crush the outbreak, but I believe enough to not allow us to get into the situation we were in last winter,” he said.