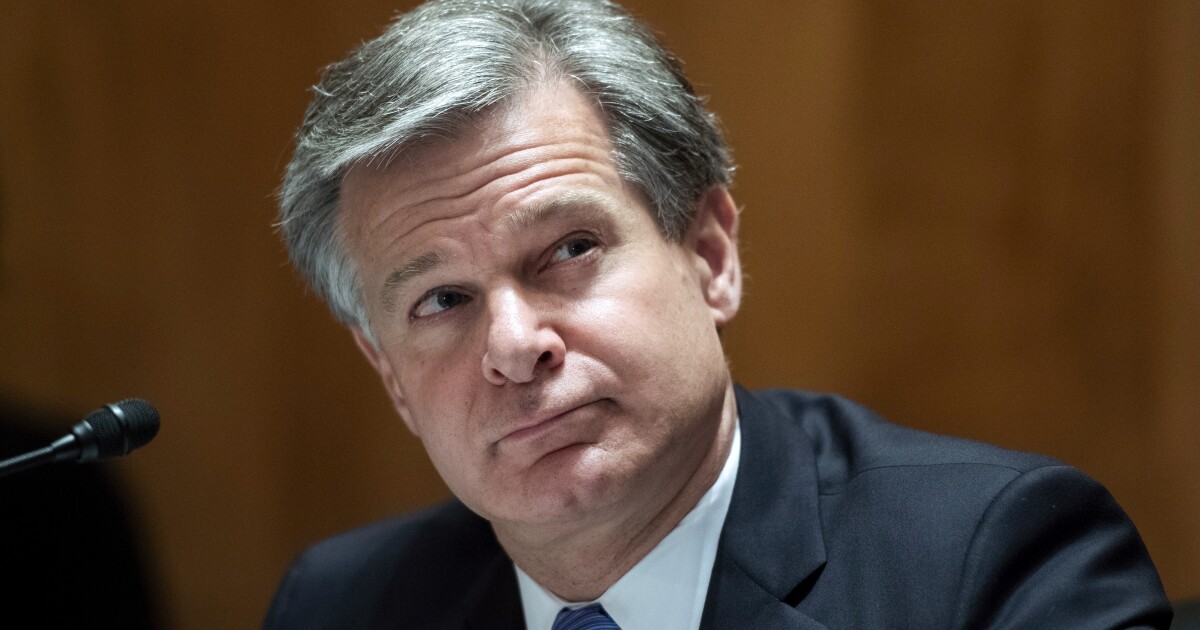 FBI Director Christopher Wray will face a Thursday grilling from Senate Republicans about whistleblower claims that the bureau improperly labeled evidence about Hunter Biden as disinformation in 2020.

Wray, who has led the FBI since 2017, is appearing before the Senate Judiciary Committee, where he will face criticism about the handling of the investigation into President Joe Biden’s son, likely along with a host of questions about how the FBI is handling the Capitol riot investigation, rising crime, national security threats, and more.

“I expect him to answer on how he’s going to stop political bias at the FBI,” Sen. Chuck Grassley (R-IA), the ranking member of the Senate Judiciary Committee, tweeted this week, adding in a video that “I would expect Wray to come up with some concrete program where he’s going to be able to tell the 22 members of this committee what he’s going to do to take political bias out of the investigations that the FBI is doing.”…

Published in Biden, FBI, Hunter Biden and US News