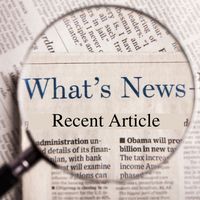 Idaho’s wolf emergency is a state issue. And in this situation, the state of Idaho…

Early in 2022 a federal court in Oakland California ruled that Canadian Grey Wolves, imported from Canada by the federal government, needed more protection so that their numbers could increase.  Evidentially the lower 48 states need more wolves.  If the powers of the federal government are limited to those powers delegated by We the People to the government through the Constitution, where did the federal government get the power to introduce wolves into the several States?  And how do we figure out how many wolves are enough?  See Defenders of Wildlife vs. United States Fish and Wildlife Service, Case No. 21-cv-00344 JSW, Northern District of California.

However, for those of us who live in the “Central Rocky Mountain States” (Idaho and Montana), our state governments are in control of the wolf populations, not the federal government.  Back in 2011, management of the newly introduced Canadian Grey Wolves was perpetually tied up in court.  Wolf numbers were exploding in Idaho, where I was a member of the Legislature.  We had a wolf  emergency on our hands.

That year, 2011, I authored House Bill 343, which would have given our governor authority to declare a wolf emergency.  After HB 343 passed both the House and the Senate, but before the bill arrived at the governor’s office for his signature, Congress took the wolves off of the Endangered Species List, but only for the “Central Rocky Mountain States”.  Congress did this by attaching a paragraph to an appropriations bill with the wolf language included.  Once the wolves were removed from the Endangered Species List, management of the Idaho wolf population transferred from the federal government to our state government.  The same was true for Montana as Idaho and Montana were part of the same “wolf study.”  When management of our wolf population became our responsibility, we no longer needed to declare an emergency, we just needed to get to work managing wolves.

Published in Environmental, Nature, Survival and US News