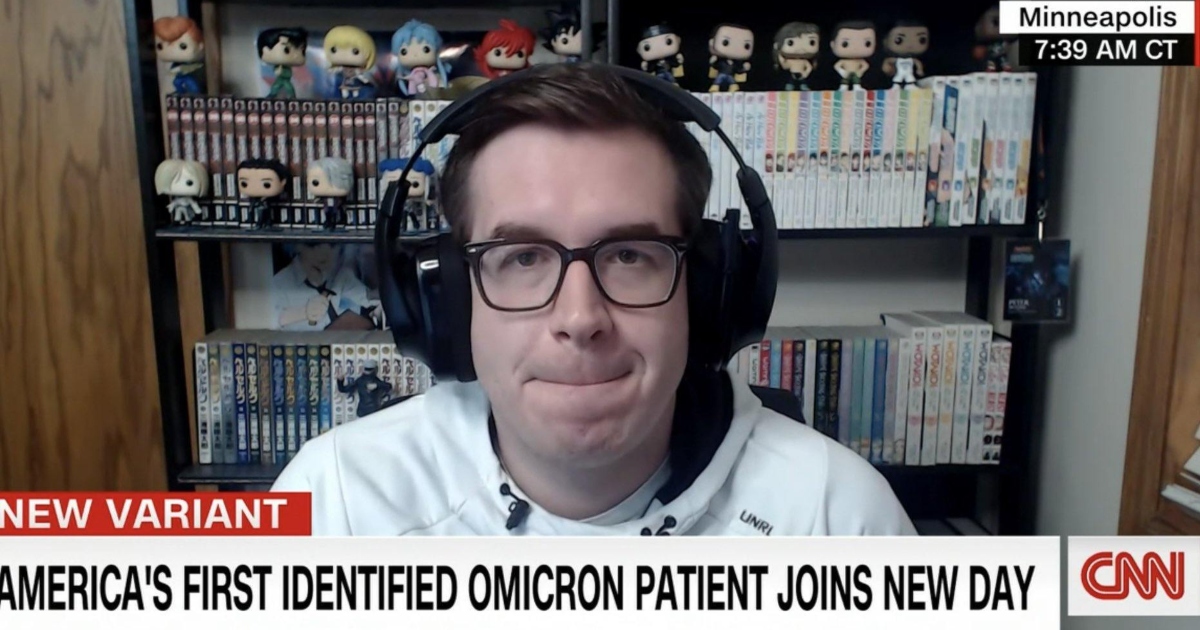 The first American to be identified as having the Omicron Covid variant gave an interview to CNN while surrounded by Funko Pops and manga.

Peter McGinn, a 30-year-old healthcare analyst from Minneapolis, is the first American to be confirmed as having the new Omicron Covid variant, and was invited onto CNN to talk about what happened. McGinn video-called in to the studio from his home, but instead of seeing either normal room attire, or some professional type of background, viewers were treated to a smorgasbord of man-child decorations.

McGinn proudly displayed on his shelf behind him a vast collection of manga (Japanese graphic novels), not to be confused with their animated video counterpart, anime, and at least 16 “Funko Pops,” small figurines of characters in popular culture and real life, mostly tied to “nerd” interests, such as Marvel, or Star Wars…