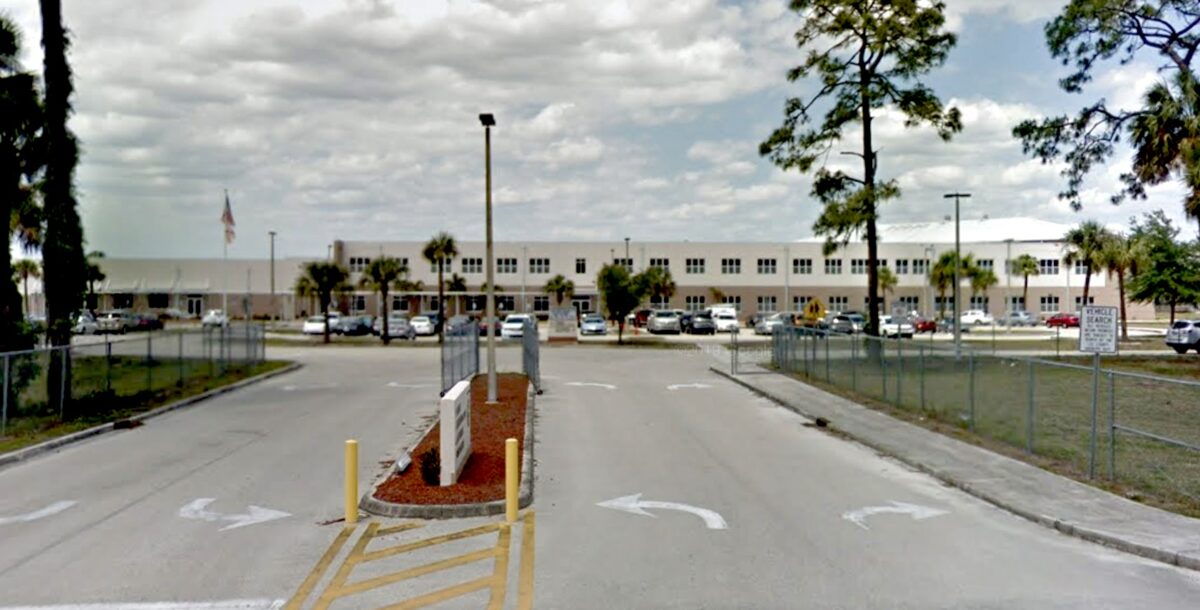 PUNTA GORDA, Fla.—A Florida educator has filed a lawsuit against Lee County schools after being…

PUNTA GORDA, Fla.—A Florida educator has filed a lawsuit against Lee County schools after being fired last week for sounding the alarm that her school was not reporting violent threats, which is required by state law.

The former assistant principal also contended as part of her lawsuit that she was discriminated against on the basis of her ethnicity and health issues and wants to be compensated with back pay, front pay, insurance costs, benefits, and damages.

Peggy Slichter, who has spent two decades as an educator, said that the school she worked for, Manatee Elementary, failed to report several student-involved “violent and disruptive incidents” that, by Florida statute, are supposed to be reported regularly.

A week ago, Slichter had told local Fort Myers television station WINK News that she had serious concerns about the district’s safety reporting and had been fired for pushing for state guidelines to be followed, the outlet reported. After that interview, Slichter was released from her job as assistant principal at Manatee Elementary School.

She said she has evidence compiled with reports of several violent and disruptive incidents involving students during the 2020-2021 school year. She claims most of the reports “never left the school building,” and she said she knew this because she had “access to the database.”

WINK News reporter Peter Fleischer confirmed to the Epoch Times that he saw Slichter’s binder while he was at her home interviewing her on Wednesday.

“There were a lot of documents in that binder,” he said via telephone on Thursday.

However, Fleischer and FOX-4 News reported that they could not verify the authenticity of the reports because the Lee County School District denied a public records request, saying the “reports are not public information by law.”

Slichter’s attorney, Ben Yormak, confirmed to The Epoch Times that the binder is real and contains numerous incidents that have gone unreported.

The Lee County School District declined to answer questions due to the litigation and an ongoing internal investigation. A response to the case has not yet been filed and a court date has not been assigned. It has until next month to file a response.

The former assistant principal said she is not waiting for Lee County to conclude their in investigation and she has sent a letter to the Florida Department of Education (FDOE) asking for “Whistleblower protection and an investigation into non-reporting of SESIR incidents,” referring to the School Environmental Safety Incident Reporting System.

The Epoch Times reached out to the FDOE to confirm her request, but they did not reply before press time.

SESIR collects data on incidents of crime, violence, and disruptive behaviors, ranging from verbal threats to aggravated assault, that occur 24-hours and 365 days per year. The incidents can occur on school buses, school grounds and any school-sponsored event on or off campus. Per statute, these incidents are reported by each school to its district office. The district then provides this data to the FDOE.

The SESIR system was created in 1995 to help schools track incidents and “analyze patterns of violent, criminal or disruptive activity.” After the shooting at Marjory Stoneman Douglas High School in 2018, a public safety commission asked the FDOE to implement stricter reporting standards. The focus of the program is for there to be “complete and objective data from which to design interventions to improve the learning environment.” The data for the 2020-2021 school year have not yet been released.

Florida statutes also provide for consequences for not reporting, or not reporting properly, to the state. The statute charges each school district with making the school superintendent of each district responsible for the incident reporting to ensure a safe school environment. If non-compliance is determined, then the superintendent or employee of the district’s salary will be withheld. In addition, any member of a district school board who is in violation of the provision is subject to suspension and/or removal.

Slichter told Fort Myers FOX News-4 on Wednesday that she has two motives for suing the school board: to get “justice for herself” for wrongful termination by the School District for coming forward with her concerns, and more importantly, she said, to make sure violent threats are properly reported to keep schools safe.

Yormak, who filed the lawsuit, said his client is being penalized for being honest. He has since cut off all media requests for interviews with her.

“Ultimately, harm is being brought to children,” he told The Epoch Times on Thursday. “I know no school wants to be painted as a bad school, but parents and law enforcement need this information so they can do their jobs.”

When asked why the school had not made the reports, Yormak said he thinks they wanted to make it “appear they were more favorable” than they are. “Just like when kids fight, they label it as ‘peer conflict.’”

As for the termination of his client, he said that it was “inappropriate to have an educator fired for seeking compliance with the law. This is somebody who should be getting a pat on the back, if not a promotion.”