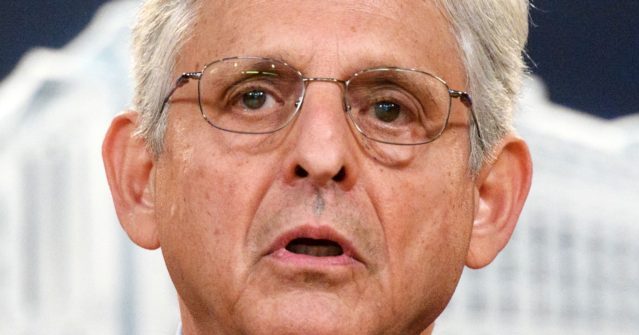 Old and busted: The War on Terror
New hotness: The War on Citizens Who Dissent from the Regime https://t.co/4pWmMLgINw

In a letter to NSBA President Viola Garcia and interim executive director Chip Slaven, FSBA executive director Andrea Messina wrote of the state association’s concern it was not consulted about the letter to Biden, a situation that suggests the need for “a review of NSBA leadership and its processes.”

Messina said NSBA’s letter to the president also “urges a public acknowledgment of the federal overreach expressed” in it, and added:

Several elements of your letter run counter to the tenets embraced by the FSBA, and this communication has caused serious concerns, conflict, and consternation for many of our members within the FSBA. Not only has it unnecessarily distracted from the important work being carried out by our members, it has strained important local and state collaborative relationships our members have worked hard to build and maintain for years. This includes our Governor, Legislature, local law enforcement, communities, and our members questioning our commitment to the First Amendment rights of citizens, which we believe is the bedrock of democracy and would always protect.

While FSBA asserts “Illegal acts, violence, and intimidation of any public officials should not be tolerated,” the association states such incidents belong in the jurisdiction of local law enforcement.

“[O]ur districts will continue to work closely and collaborate with local law enforcement to effectively address these and other issues of public safety if and when they arise,” FSBA noted. “We respect our local and state law enforcement agencies and will continue to rely heavily on them to ensure all participants in our school board meetings are safe and secure.”

FSBA informed the national group how it views the role of parents at local board meetings:

We also both encourage and welcome parents, as well as other concerned citizens into our school board meetings to engage in lively, respectful, and civil civic discourse. We respect Florida’s open meeting laws, invite disparate beliefs to be shared, and believe hearing from passionate stakeholders is a sign of a healthy community engagement. We will continue to provide a safe environment for all stakeholders to exchange views; thereby, ensuring parents’ voices are heard when it comes to decisions about their children’s education and safety.

In light of the views expressed in NSBA’s letter to Biden, FSBA said it will continue to withhold its membership dues “until further notice.”

FSBA joins the Louisiana and Virginia School Board Associations, also members of NSBA, who rejected the national association’s request to bring in federal law enforcement to local school board meetings. Both of these school board associations also observed they had not been consulted by NSBA prior to its letter to the president.

NSBA recommended in its letter that the administration utilize the PATRIOT Act and other statutes to identify parents who speak out about their concerns as “domestic terrorists.”

We sent a letter to President Biden this morning asking for federal assistance to stop threats and acts of violence against public schoolchildren, public school board members, and other public school district officials and educators: https://t.co/q6bHM0aawQ

Included in its list of examples of “threats or actual acts of violence” for which NSBA is seeking federal law enforcement assistance were:

The group said parents at local school board meetings were also spreading “propaganda” about the teaching of concepts of CRT in K-12 schools, “despite the fact that critical race theory is not taught in public schools and remains a complex law school and graduate school subject well beyond the scope of a K-12 class.”

#CriticalRaceTheory is not taught in K-12 schools. The right’s culture warriors are labeling any discussion of race, racism or discrimination as such to try to make it toxic. They’re bullying teachers to try and keep them from teaching the truth.  https://t.co/Plz2inkLke

In September, however, the United States Conference of Mayors adopted a resolution during its annual convention in which its members pledged to support the teaching of CRT in K-12 schools.

“NOW, THEREFORE, BE IT RESOLVED, the nation’s mayors support the implementation of CRT in the public education curriculum to help engage our youth in programming that reflects an accurate, complete account of BIPOC history,” the mayors stated.

I wish you’d mentioned this reasonable point about violence not being speech when CNN was gaslighting us all through 2020 about “fiery but mostly peaceful protests”. pic.twitter.com/vCUQ6b2crL

In July, the National Education Association (NEA), the nation’s largest teachers’ union, also moved to openly promote the teaching of Critical Race Theory in K-12 schools and to oppose any bans on instruction in both the Marxist ideology and the widely discredited New York Times’ “1619 Project.”

The union agreed to “research the organizations attacking educators,” doing what it referred to as “anti-racist work,” as well as to “use the research already done and put together a list of resources and recommendations for state affiliates, locals, and individual educators to utilize when they are attacked.”

Christina Pushaw, press secretary for Gov. Ron DeSantis (R), said the governor praised the FSBA “for taking a stand for parents’ rights and the First Amendment in Florida’s communities.”

“The FSBA affirmed that dissent isn’t domestic terrorism,” Pushaw said, according to Fox News. “Protests are not threats. A citizen’s criticism of their elected officials is not harassment.”

“But in the rare instances that disputes may cross the line into threatening territory, Florida law enforcement are well-equipped to protect Floridians, whether they are elected officials or concerned citizens,” she continued. “There is no reason for the federal government to intervene in local issues and attempt to criminalize free speech.”