Food Is A Weapon: From Sticker Shock At The Store, To DC Troops Hospitalized To Canadians Starving, Food Insecurity Is All Around Us And Being Used Against Us

Sticker shock for food purchases in the U.S. predicted to get worse. National Guard troops in DC hospitalized for being fed undercooked meat and food with metal shavings, worms and moldy breads. In Canada people in forced quarantine at ‘government-authorized hotels,” are having to wait hours for food, and given no utensils, water, or salt and pepper.

Everywhere we look, food is in the news in one form or another, but reported on individually makes it seem as if there is no pattern, no common denominator.

When we take a step back and look at the bigger picture, we realize that food is the common denominator.

Context: There has been an inordinate amount of chatter and finger pointing over who ultimately was responsible for the lack of appropriate security at the Capitol during the protests on January 6, 2021, but according to a 1995 memorandum, the “House Sergeant at Arms is responsible for “maintaining order in the House under the direction of the Speaker.”

While undoubtedly Pelosi entrusted others to make the decisions as to how to secure the Capitol, the buck stops with her. The ultimate responsibility lies at her feet, not only for the rejection of the 10,000 National Guard that President Trump offered, but also for the conditions the troops have lived under since they were assigned to protect the Capitol.

So when we see reports, along with visual proof from the National Guardsmen still in DC, showing the foods they are being fed, undercooked chicken and beef, metal shavings found in their food, and moldy breads, and that some had to be hospitalized because of what they have been fed, that too ultimately falls at Pelosi gnarled feet. 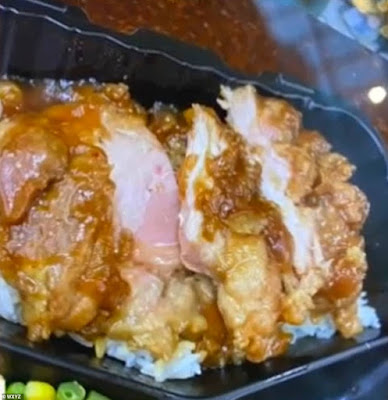 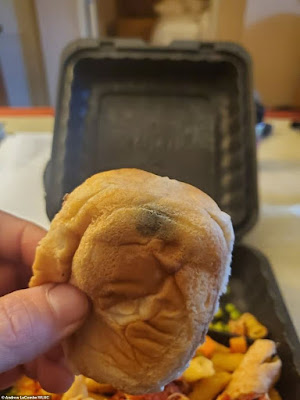 This is what National Guardsmen are being forced to eat, the thank you they get after Pelosi and company demanded they stay to “protect” them indefinitely.

As a side note: This reminds me of the time after police were ambushed in Texas and murdered, and other law enforcement was forced to “protect” BLM protesters As they they marched, with a police escort, they were chanting “Pigs in a blanket, fry them like bacon.”

Fact checkers attempted to deny that BLM was responsible for that little chant, but they are assuming that their readers are too brain dead to remember the huge “Black Lives Matter” sign they were marching with, and too lazy to look and find the videos proving it.

Both groups BLM and Democrats on the Hill, want protection, but also want to treat those protecting them like utter manure.

What do they care about the comfort and the health of the troops? Remember these are the people that want to “defund the police,” and just let crime skyrocket as anarchy rules (like in Portland, Oregon).

Pelosi and company have no respect for the troops, and seeing the food these men and women are being forced to eat, unless they want to go hungry, is despicable and yet another example of food being used against ideological “enemies.”

Anyone care to wager whether Congress members are getting the same raw, undercooked, and moldy foods, with or without those tasty metal shavings?

Related: Fast Food Prices Are Skyrocketing For This Reason 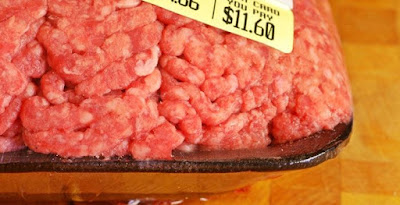 A pandemic, a historical freeze, consequences of a nation forced to lockdown by power-hungry politicians, which forced the destructions of billions of dollars of livestock and crops, have all contributed to a spike in food prices, along with shortages noticed by many in specific geographical locations.

According to Bloomberg, “Global food prices are at the highest in more than six years, driven by a jump in the cost of everything from soybeans to palm oil because of demand from China, vulnerable supply chains and adverse weather.”

In the U.S., prices rose close to 3% in the year ending Jan. 2, according to Nielsen, roughly double the overall rate of inflation. That small jump adds up, particularly for families already near the edge. The poorest Americans already spend 36% of their income on food, according to the U.S. Department of Agriculture, and mass layoffs in lower-wage work like retail and transportation have increased the strain on household budgets.

Meanwhile, the price of staples like grains, sunflower seeds, soybeans and sugar have soared, pushing global food prices to a fresh six-year high in January. They’re not likely to fall any time soon, thanks to a combination of poor weather, increased demand and virus-mangled global supply chains.

“We are experiencing inflation right now as is everybody else,” Conagra Brands Inc. Chief Executive Officer Sean Connolly said in an interview. Costs are up for oils, pork and eggs, plus packaging materials like cardboard and steel. The company, parent to more than 70 brands including Birds Eye, Chef Boyardee, and Udi’s Gluten-Free, says raising prices is one of the levers it could pull this year to counter rising costs.

General Mills, the maker of Cheerios, Yoplait and and Blue Buffalo pet food, is also looking at price increases, said Jon Nudi, who leads the North American retail division, at least “in the areas we see significant inflation.” Dave Ciesinski, Chief Executive Officer of Lancaster Colony Corp., which makes the Marzetti brand and others, said they anticipate a sustained period of rising costs. The company is going to have to figure out how to “justifiably or appropriately pass on these costs,” he told analysts in an earnings call.

Even the cost of white label goods — also known as house brands — is likely to go up, notably in the second half of the year, said Steven Oakland, CEO of Treehouse Foods, which makes products for grocery stores to sell under their own brand names. “We’re working very closely to decide what can we mitigate,” he said. “What do we need to pass on? What’s the right movement with the consumer?”

The differences as explained in the linked article are not only in prices, as some will mitigate the price hikes by shrinking the size of their products for the same amount of money, so the grocery bill doesn’t rise for that particular item but you received much less of the product for the cost.

They are also documenting the decrease in sales and special deals, which rises the amount spent at the checkout line without raising the cost of specific purchases.

In a recent Fortune article discussing food prices increasing in a number of countries, one paragraph caught my eye:

“These price spikes are destabilizing, not just because they induce a lot of hardship on communities and households, but also because there is this expectation that the government will do something about it,” said Cullen Hendrix, non-resident senior fellow at the Peterson Institute for International Economics, a Washington-based think tank. “The implications are going to last longer and beyond the pandemic.”

That right there is dangerous because the “government” helps those that toe the line the government wants them to toe.

Therefore using “food as a weapon” to force compliance.

Related: Pandemic May Have Left Over 250 Million People With Acute Food Shortages in 2020

A look at our neighboring country, Canada, we note the forced quarantines at “government-authorized hotels,” is a disaster any way you look at it.

Hours waiting on food just to receive a “flimsy piece of salmon,” with no forks or knives or any utensils. No sat or pepper, and no drinking water.

In one report the image shows a small portion of white rice and beans in a box, at the cost of $50.00m and arrived six hours after ordering.

Read the entire piece at WeAreChange. 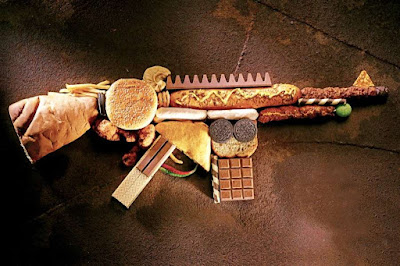 BOTTOM LINE – FOOD IS A WEAPON

Each and every one of these examples, and there are more but this piece is getting a little longwinded, all show how food is still a major issue, prices are expected to continue to rise and governments are using food as a control mechanism to force compliance, or to disrespect and strip the dignity of those Democrats consider their “enemies,” aka law enforcement or troops.

Throughout history food has been used by nations as a weapon against others during a “conflict,” generally meaning a war, but can also be applied as a weapon to force compliance by citizens of a nation.

Published in Pelosi, Political News, Riots/Protests, Survival and US News