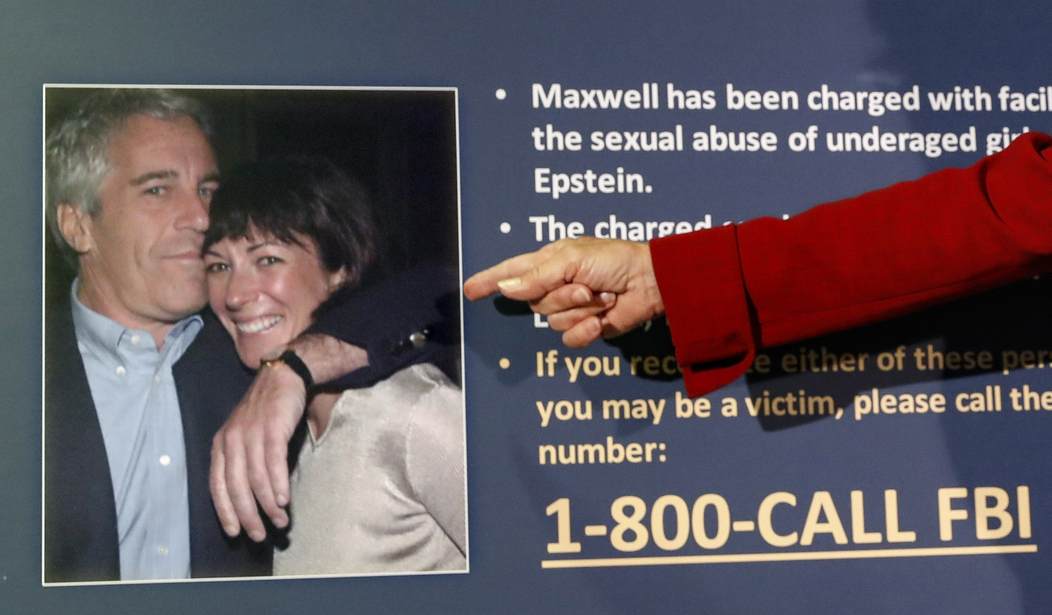 Mawell also has some intriguing comments about her 'special friend,' Bill Clinton.

Convicted child sex trafficker Ghislaine Maxwell is dropping some shocking news about her colleague in sex trafficking — Jeffrey Epstein. As we reported, she got 20 years for her involvement.

Epstein died on August 10, 2019, at the Metropolitan Correctional Center in New York. His death was found to be a suicide. But many people question that finding, particularly given that he connected to so many famous people. Many wonder if he was done in because of all the knowledge he might have about the list of clients of his sex trafficking ring.

Now Maxwell is talking in her first interview from behind bars in a Florida federal prison to British broadcaster Jeremy Kyle and she doesn’t believe it was a suicide.

"I believe that he was murdered."

Ghislaine Maxwell speaks on Jeffrey Epstein's death, adding that she didn't know "he was so awful" and "wishes that she had never met him".pic.twitter.com/cpCBxt3SJV

“I believe that he was murdered,” former socialite Maxwell said in the series of jailhouse interviews aired on Britain’s TalkTV. “I was shocked. Then I wondered how it had happened.”

A forensic pathologist hired by Epstein’s brother said in 2019 that evidence suggested he had been murdered, arguing multiple fractures found in his neck were “very unusual for suicide”.

The US Department of Justice has conducted a years-long investigation into how Epstein was able to hang himself inside New York’s Metropolitan Correctional Center, but has not released any evidence of foul play.

Of course, she tried to spin to help herself during the interview as well.

She claimed that she didn’t know that “he was so awful,” even though she had been found guilty to have been involved with Epstein’s trafficking.

While she claimed that she was sorry that the victims experienced pain, she blamed Epstein and didn’t take any responsibility for it, not apologizing for her actions.

“Epstein has died and they should take their disappointment and upset out on the authorities that allowed that to happen,” she replied.

“I hope that they have some closure via the judicial process that took place.

“And I wish them… to be able to have a productive and good life going forward.”

Maxwell also claimed that an infamous picture of Prince Andrew with one of the Epstein victims, Virginia Giuffre is “fake.” Giuffre has accused Prince Andrew of sexual abuse.

Maxwell also had some intriguing comments about her “special friend,” Bill Clinton.

Published in Crime, Jeffrey Epstein and US News