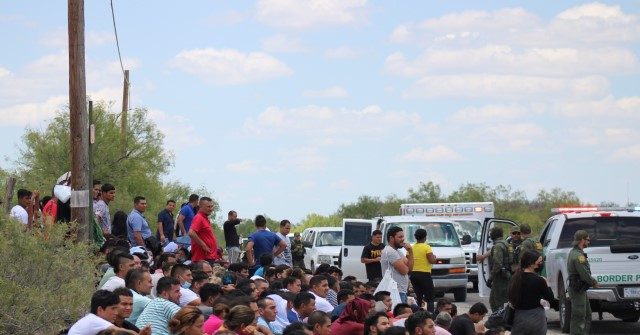 EAGLE PASS, Texas — In one large group, more than 300 migrants crossed the Rio…

The group consisted of mostly single adults from Cuba, Venezuela, Nicaragua, and the Dominican Republic. Breitbart Texas spoke to several who said they had been traveling for at least four months. Ambulance crews arrived on the scene to treat those affected by heat exhaustion.

One migrant said many in the group spent longer than two months in Tapachula, Chiapas, waiting for the Mexican immigration services to issue refugee status and travel documents.