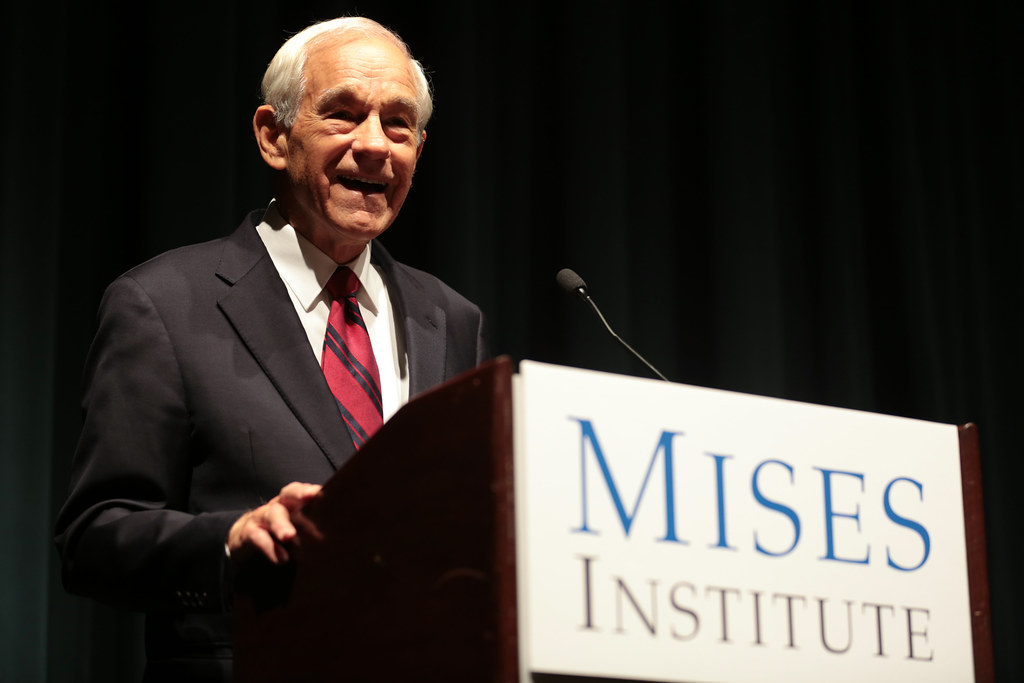 The remarkable life of Ron Paul began in Pittsburgh 84 years ago today, in 1935—seven…

The remarkable life of Ron Paul began in Pittsburgh 84 years ago today, in 1935—seven months after Elvis Aaron Presley came into the world. We wish him a very happy birthday, and many more years of health and productivity.

It’s a rare person who peaks later in life, but Dr. Paul manages to do just that. Anyone who meets him notices his energy, his distaste for waiting or standing still, honed by decades as a doctor. In his eighties he is exceedingly fit, riding his bike, walking, tending his garden, and frequently hosting family and guests at his home. His daily Liberty Report, live on YouTube, provides an excellent outlet for his pro-peace message without the constraints (and tedious travel) of Congress.

Born into the teeth of America’s Depression, young Ron was fortunate that his father’s dairy business survived very tough times in the Steel City. His early years found him racing back and forth from the delivery truck early in the morning, in all kinds of weather, replacing empty bottles with fresh milk and cream. This earned him a few cents, as did cleaning bottles and inspecting eggs with a special lamp to discard those with blood spots. His work ethic carried over into a notable high school career as a track athlete, where he set the Pennsylvania state record in the 200 meter dash. During those same years in Pittsburgh he was doubly fortunate to meet his future bride Carol Wells. A teenage Carol summoned up the courage to ask him, in 1952, to escort her to a Sadie Hawkins party for her 16th birthday.