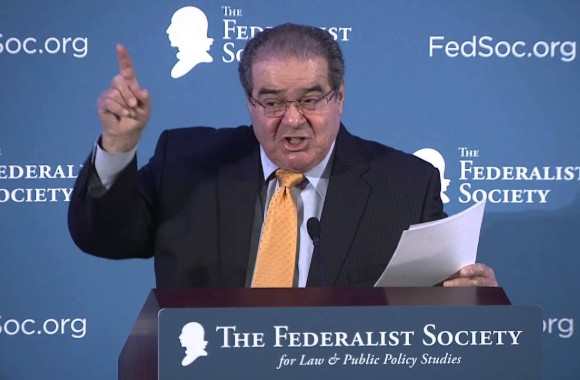 Depriving students the grounding in originalism they need to succeed.

Depriving students the grounding in originalism they need to succeed

Two and a half years.

That is how long the Antonin Scalia Professorship of Law has gone unfilled at Harvard Law School, even as the administration announced this month that the first batch of the late Supreme Court justice’s papers were available to the public.

A Harvard Law student who is pushing for more ideologically diverse legal clinics recently noted the contrast between the Scalia Professorship, empty since it was created in 2017, and the school’s new hirings and promotions.

If the administration has an explanation for the never-filled position, it’s not providing it. Harvard Law media relations has not responded to a College Fix request last week to explain what’s taking so long.

Even though Justice Scalia never taught at Harvard Law, he was known for often interacting with students when he visited, first-year student Eli Nachmany told The Fix. “Filling this Chair with someone whose appointment would honor the Justice’s great legacy is two and a half years overdue,” he wrote in an email.

According to Harvard Law, after he graduated in 1960, “Justice Scalia often returned to meet with students, attend reunions and to judge HLS moot court competitions.”

Curious absence in this ‘extraordinary range of talent’

Harvard Law’s announcement that it had promoted three faculty members and hired two others as of Jan. 1 prompted Nachmany to note its failure to fill the much older position, which is endowed by the Denver-based Considine Family Foundation.

The promotions to clinical and assistant clinical professor went to experts in immigration and refugee law and advocacy, food law, and legal aid. The new hires are experts in election and constitutional law and international financial regulation.

“These five outstanding members of our faculty reflect an extraordinary range of talent,” Dean John Manning, who once clerked for Scalia, said in the Feb. 2 announcement. He called them “great teachers, scholars, lawyers, and public policy specialists whose diverse methodologies and approaches to a vast array of important legal issues will further strengthen our community and continue to set Harvard Law School apart.”

Nachmany pointed to a curious absence in this “extraordinary range of talent.”

“Congrats to these brilliant scholars, whom I have no doubt will shape the law significantly through their research and teaching,” he wrote in a tweet thread. “Unfortunately, each new hiring announcement is a reminder that the HLS Antonin Scalia Professorship remains vacant.”

The school announced the professorship on June 30, 2017, four months after Scalia’s family made public that they were donating his papers to the law school.

Published in Education News, Law and US News