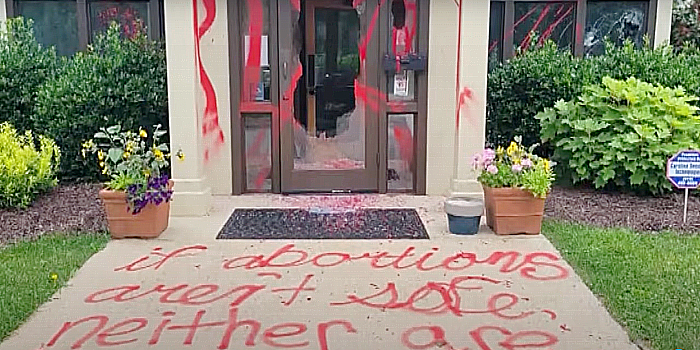 Headline USA
By Dmytro “Henry” Aleksandrov
‘It’s time to put an end to the attacks and get tough on thugs who engage in violence, arson and other means of destruction…’

Sen. Josh Hawley, R-Mo., introduced a new measure on July 14 that was made to protect churches and pregnancy centers from pro-abortion terrorists who have waged vicious attacks on pro-life institutions ever since the Supreme Court’s Roe draft was first leaked.

Hawley’s office’s summary of the measure, called the Pregnancy Resource Center Defense Act, said that it would strengthen the penalties if someone decides to attack places of worship and pro-life pregnancy centers, according to Breitbart.

“[Criminal penalties would be increased] from a misdemeanor to a felony for first-time offenses, and increasing the criminal fine from $10,000 to $25,000 [as well as the mandatory minimum for arson from five to seven years].”

The act would also ensure that pregnancy centers and churches that sue and win in court will receive no less than $20,000.