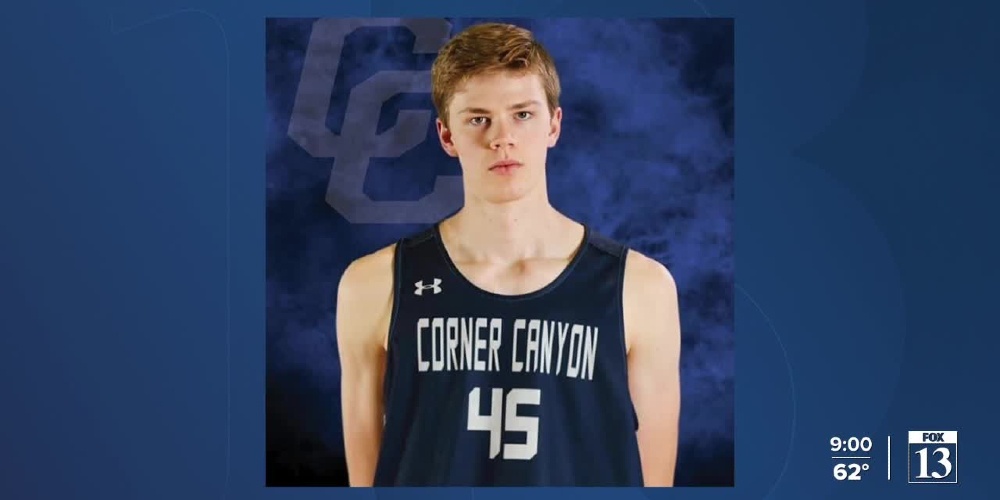 As is often the case, the apparent vaccine victims and their relatives do everything they can to help cover up for these demonstrably dangerous “vaccines.”

A 17-year-old high school athlete is still hospitalized after two blood clots formed in his brain and another formed around his brain shortly after receiving the first dose of the Pfizer Covid-19 vaccine. Doctors and media rushed to say it’s totally not the vaccine that caused the otherwise healthy boy to acquire his inexplicable ailments.

On April 21, Everest Romney took the first dose of the Pfizer vaccine. Within days, he started complaining of headaches and neck stiffness. His pediatrician prescribed antibiotics even as his neck became completely immobile and fever began. Two CT scans later, doctors told his mother, Cherie, about the blood clots.

“In a million years, I never expected it,” Cherie Romney told Fox 13 last week. “The worst thing, the worst thing, is to have the doctor come in and say, ‘OK, well, we found two blood clots inside his brain.’”

The Corner Canyon High School basketball star is just the latest victim of these vaccines. As always happens, he is being labeled as the “first” case of his kind despite hundreds of similar cases listed in the CDC’s VAERS database. But few in media are talking about it despite the fact quietly reported by the CDC last week that there have been more post-Covid-vaccine deaths reported than the total number of post-vaccine deaths from all other vaccines over the last 20 years combined.

One does not have to be a “conspiracy theorist” to see the disparity between what is being reported to the CDC by victims and what is then being reported to the general population through mainstream media, doctors, and bureaucrats. The two local news stations reporting on the Romney case went out of their way to claim it was an isolated incident and there’s no reason for parents to keep their children from getting experimental vaccines that have not been FDA approved. Considering the recovery rate for Covid cases for children under 18-years-old is nearly 100%, why are so many parents rushing to “protect” their children in this manner.

Since the beginning of the pandemic, there have been nearly 600,000 deaths attributed to Covid-19. Of those, 277 have been kids between the age of 0-17 with over 2/3rds of those deaths being labeled as patients having preexisting health problems. Kids and young adults do not transmit the disease as easily as older people. They do not get as sick as older people. They are exponentially less threatened by Covid-19 and they are much less of a threat to spread it to others. Yet the vaccines are being pushed by money-hungry Big Pharma, the politicians in their pockets, and mainstream media puppets so heavily, it’s no wonder parents who don’t do much research about the health of their children are willing to go along with the crowd.

Cherie says she has been overwhelmed with support not just locally, but around the country. People are praying and sending messages of love, which she says are holding her family up during this time. Going forward, she says she wants parents to make the best decisions for their children, and for doctors to understand this new vaccine might bring new challenges to conventional wisdom.

She doesn’t want to discourage parents, she says, because each parent must make the best decision for their child. Still, with her son now hospitalized, she wishes her choice had been a different one.

For reference, here’s a story posted this weekend by Natural News that tells a tale you won’t hear from mainstream media about Pfizer:

Pfizer is pinning a lot of hope on its COVID-19 vaccine, and they are already targeting younger people with an eye on increasing their profits.

Earlier this week, they released a strong earnings report that exceeded the already optimistic projections from Wall Street. They also announced that they are on the verge of gaining regulatory approval to give their vaccine to minors aged 12 to 15 in the U.S. This coincides with the Biden Administration’s increasing pressure on states to raise their vaccination numbers.

Media reports have also indicated that Pfizer is looking to gain approval to use the vaccine on children aged 2 to 11 in the U.S. and Europe. It is believed that this approval could come in September, despite the fact that there have been no studies carried out into the long-term effects of the vaccines on either adults or children.

Pfizer CEO Albert Borland stated in a call with reporters and analysts that the pharmaceutical firm is in discussions with what he termed “basically all the governments of the world” to provide COVID-19 vaccines and booster shots through the year 2024.

Indeed, they have already laid the groundwork for a steady stream of revenue by telling the public that they will likely need at least one additional shot a year after their second dose. He also mentioned that people around the world may end up needing yearly shots, much like the flu shot, which would help Pfizer to grow its bottom line and shift COVID-19 vaccines from an emergency measure to a permanent and highly profitable line of business.

Pfizer has said that they expect sales of their vaccines to reach $26 million by year’s end. This would make the shot their top-selling pharmaceutical product, an honor that currently goes to the rheumatoid arthritis drug Humira. In addition, they are planning to use the mRNA technology behind the COVID-19 vaccine for other types of vaccines and therapies. They are already trying to develop seasonal flu shots based on the RNA lipid nanoparticle technology.

In addition, they are exploring making COVID-19 vaccines more durable by finding ways that doses can be stored at the temperatures seen in a standard refrigerator, which is something that could raise demand for the jabs in poorer countries. Either way, however, Bourla is expecting the vaccines to have a “durable demand”.

Business is booming for Pfizer thanks to coronavirus

The virus is working out incredibly well for Pfizer, whose earnings were so strong that they also helped lift the shares of other vaccine makers around the world. For example, shares of Asian vaccine makers who had deals to distribute the Pfizer vaccines rallied this week. India’s Pfizer Ltd unit climbed 4.9 percent on Wednesday, while Cadila Healthcare and Dr. Reddy’s rose 5.9 and 2.7 percent respectively.

Once again, we see pharmaceutical companies raking in money at the expense of the public. Now that many of the people who were inclined to get the vaccine have already done so, they are going to start pressuring parents into having their kids vaccinated, despite the fact that children are not being hit by the virus nearly as hard as adults. They are also doing this in the absence of studies demonstrating its safety in any age group.

The truth is that no one knows yet how this vaccine can affect anyone over the long term, particularly children whose bodies are still developing. But that’s not really a big concern for Pfizer or any of the other COVID-19 vaccine makers as they have all been granted immunity from liability should their vaccines cause people harm or kill them – which they are already doing in droves.