How to Communicate Without a Phone or Internet in a Disaster 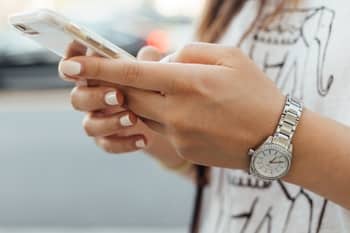 How to Communicate Without a Phone or Internet in a Disaster

Natural disasters aren’t the only times that mobile networks can fail. They can go down…

Have you ever been unable to get a hold of someone and started worrying needlessly for hours just to find out they were safe all along? Let’s imagine an emergency situation when thousands of people are trying to contact their loved ones, but to no avail. Realistically, in a post-disaster scenario phone lines will be down, internet connection might be slow or unavailable. The devastating effects of the disaster alone will give us a greater reason to panic and worry if we cannot reach our family or friends.

I think we take for granted how much we use our phones and how valuable they are to us. They’re basically our lifeline to the outside world. If you’re lost, Google will help you find your way. If you’re in need of help, you can call 911 plus an unlimited amount of people. If you want to check up on someone without contacting them directly, you can visit their social media profiles. Communication is accessible even throughout many remote parts of the world. But no matter where you live, when a disaster occurs there is no guarantee that our typical forms of communication will be available.

I remember driving to the Home Depot in Chino Hills, CA one afternoon in July of 2008. The minute I parked the car, a mild 5.4 earthquake shook the ground. It wasn’t too strong but I was taken off guard and startled. Stores in the area were closed immediately due to items falling off the shelves and since I couldn’t shop, I took the opportunity to call my family to make sure they were alright. It became impossible for my call to go through. At the time I didn’t understand but it probably occurred because telecommunication networks fail when there’s a rapid increase in call volume. It took me couple hours to finally be able to make a call.

Natural disasters aren’t the only times mobile networks can fail, in fact they can go down during big sporting events and terrorists attack. No matter the situation however, it’s imperative that we have a family plan already in place to make re-unification after a disaster feasible and avoid any unnecessary worry in the meantime.

Let’s look at different scenarios and how you can best communicate with your loved ones in each situation.

NO CELL PHONE AND NO INTERNET

Okay, let’s look at this unfortunate scenario. You forgot your phone at home and you finally found someone willing to lend you their phone, but there is no WiFi available. What can you do?

NO CELL PHONE BUT YES INTERNET

If your cell data doesn’t work, try connecting to WiFi. But what good is WiFi if your cell phone is out of battery?

YES CELL PHONE BUT NO INTERNET

This might be the most likely scenario. Depending on the scale of the disaster, telecommunication systems might be useless. For many it will feel like the end of the world to be without WiFi but now add a natural disaster to the equation. What options do you have here?

This is the scenario we hope for, always! You’ll be very blessed if you have a working phone and WiFi or cell data after a disaster. Even though your phone might not function as easily as before, you have a few options to communicate with your loved ones.

Before a disaster occurs, have at least two communication options available so your means of contacting relatives and loved ones will not be interrupted when the mobile network fails.

BECOME PREPARED AHEAD OF TIME

There is no better way to assure the communication and reunification of your loved ones than to establish a plan together. Things will become very messy if you’re up against a high stress situation without a plan. Do yourself and your family the favor of preparing an Emergency Family Plan now and save yourself from unneeded fear and worry in the future. Being at peace in difficult times is priceless but hopefully we don’t have to learn this the hard way.

2. Plan evacuation routes in your home and neighborhood.

3. Know the emergency policies of your children’s schools and relative’s elderly care centers.

4. Select one main point of contact for the entire group.

5. Select one or two local contacts.

6. Select one or two out-of-county or out-of-state contacts.

8. Discuss and practice the emergency plans with each member of the family.

Revisit your Emergency Family Plan every six to twelve months. Review and update phone numbers and other details.

While we may not be in control of disasters or how our mobile phones respond to such events, we can certainly be prepared with other means of getting a hold of our loved ones without the unnecessary stress of not knowing their whereabouts.


Natural disasters and terrorist attacks are mostly unpredictable yet inevitable. It should become our priority to learn the best communication methods that are not limited to our smartphones because mobile telecommunication networks are not reliable in mass catastrophes. To help our families survive and reunite quickly, practice the steps outlined above and develop your own family response procedures.

I hope this was helpful for you. If I missed any important communication methods, post them in the comments!

Have you ever experienced a post-disaster situation where you had a difficult time reconnecting with your loved ones? How were you able to get a hold of them and reunite? Let me know in the comments below!