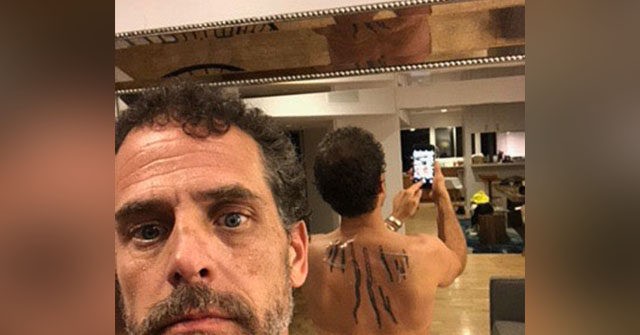 Hunter Biden appears to have named his corrupt, Chinese-linked shell company after the town where…

Hunter Biden appears to have named his corrupt, Chinese-linked shell company Skaneateles after the town where his deceased mother was born — a map of which Hunter also has tattooed on his back, according to images from his laptop.

While Skaneateles is Hunter’s deceased mother’s birthplace, it is also the name of Hunter’s shell company that reportedly has deep connections to Communist China.

Hunter’s ties to Communist China entail a complicated web of transactions over several years during and after the time his father, Joe Biden, was vice president.

Fun fact: Today I learned that Hunter Biden has a tattoo of the Finger Lakes across his back in honor of his mother Neilia (born in Skaneateles). Represent. (Confirmed by @nytimes here: https://t.co/oTG0boPbgH) pic.twitter.com/NuyPjP2kUs

Through an entity named Skaneateles, Hunter reportedly profited from orchestrating the sale of an American-owned cobalt mine in the Democratic Republic of Congo for $2.65 billion.

Chinese investors, who have close ties to the Chinese Communist Party, a transnational organized crime group, have reportedly ended up with a majority stake in the mine due to Hunter’s efforts.

On Sunday, Breitbart News reported Hunter’s involvement in divesting the United States of energy resources by peddling his government connections:

The transactions concluded with China Molybdenum owning 80 percent of the mine — a classic tale of the elites benefiting from the United States’ managed decline.

Hunter’s company reportedly obtained a ten percent share in the mine, which he sold to China Molybdenum from a Washington company named Skaneateles — which he also owns a stake in.

Skaneateles reportedly still owns a stake in BHR, though the Times reported Hunter “no longer holds any interest, directly or indirectly, in either BHR or Skaneateles,” according to Hunter’s lawyer Chris Clark.

It is unknown how much money Hunter profited from the corrupt deal, but CNN reported Hunter is under FBI investigation for money laundering in likely connection with Skaneateles.

Hunter’s tattoo has not escaped notice from those in the media or on social media.

“Fun fact: Today I learned that Hunter Biden has a tattoo of the Finger Lakes across his back in honor of his mother Neilia (born in Skaneateles),” Corey Ryan Earle, a visiting lecturer at Cornell University, tweeted.

In another tweet, which has since been deleted because the account was canceled by Twitter, Richard Rigg noted the connections between the tattoo and Hunter’s corrupt business ventures.

“There’s a Lucifer Falls in the Finger Lakes. Hunter B has the finger lakes tattooed on his back. Finger Lakes has a submarine base. Seneca Lake. Rosemont Seneca. This is getting very interesting,” Rigg wrote.

The New York Times seemed to defend the tattoo as a part of Hunter’s artistic nature. In an interview with Hunter’s wife, Melissa Cohen, the Times favorably reported the tattoo.

The Times wrote, “The day after their first date, Mr. Biden tattooed the Hebrew word ‘shalom’ — for peace — on his left bicep, giving the couple matching tattoos. (He also has a tattoo of New York’s Finger Lakes region on his back, because his mother grew up there.)”