‘I support impeachment’: Hillary Clinton says Donald Trump ‘has betrayed our country’ as president suggests Ukraine might have copies of her infamous deleted emails 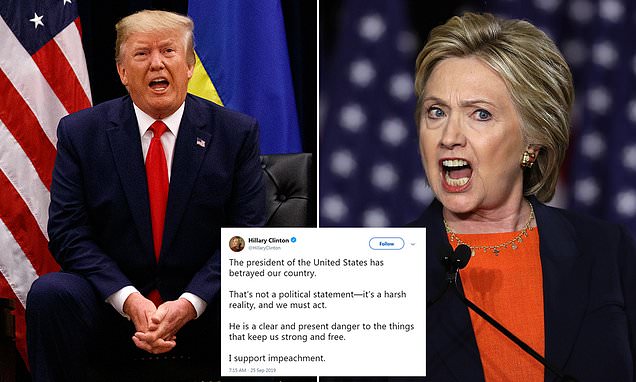 Hillary backs impeachment, Trump says Ukraine might have her emails

Hillary Clinton said on Wednesday that she agrees with congressional Democrats who aim to impeach Donald Trump and remove him from office.

Trump threw a rhetorical pitch at her chin hours later, telling reporters at the United Nations that the nation of Ukraine ‘could very well’ have copies of tens of thousands of emails Clinton and her lawyers famously deleted while they were under subpoena.