Exclusive–Josh Hawley: If GOP Wants a Future It Will Have to Become ‘Movement of Working People’ 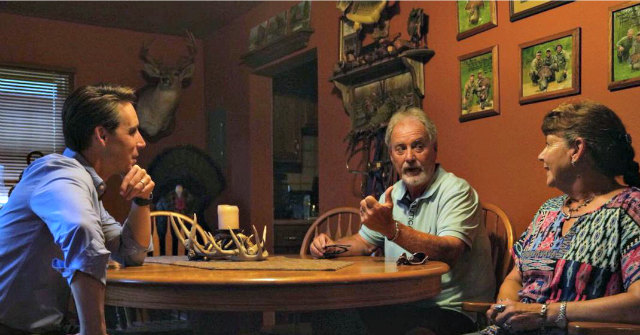 Hawley: Future of GOP Will Have to Be Movement of Working People

Josh Hawley told Breitbart News that if the GOP "wants to have a future," it…

Sen. Josh Hawley (R-MO) told Breitbart News in an exclusive interview Wednesday that if the Republican Party “wants to have a future,” it will have to become a “movement of working people.”

Sen. Hawley spoke to Breitbart News Wednesday on a wide-ranging series of topics including the future of the Republican Party and populism, fighting big tech’s dominance on the Internet, as well as immigration.

The Missouri senator charged during the interview that the Republican Party will have to embrace populist issues such as trade, fighting monopolies across American industry, lowering healthcare costs, and immigration reform so that the party can survive.

Sen. Hawley’s, like President Donald Trump’s, vision for a populist Republican Party represents a dynamic shift from a GOP that would discuss cutting taxes and spending while advocating for more interventions abroad.

Hawley has introduced several bills to encapsulate his vision for a populist GOP.

Most notably, Sen. Hawley proposed the Ending Support for Internet Censorship Act, which would audit social media companies for bias, and if regulators found bias in either the big tech companies’ algorithm or content moderation process, those companies would lose their Section 230 immunity.

Trump praised the legislation as “very important” during a social media summit at the White House, and a poll found that nearly a majority of Americans back the bill.  READ MORE…

Published in Interviews, Political News and US News