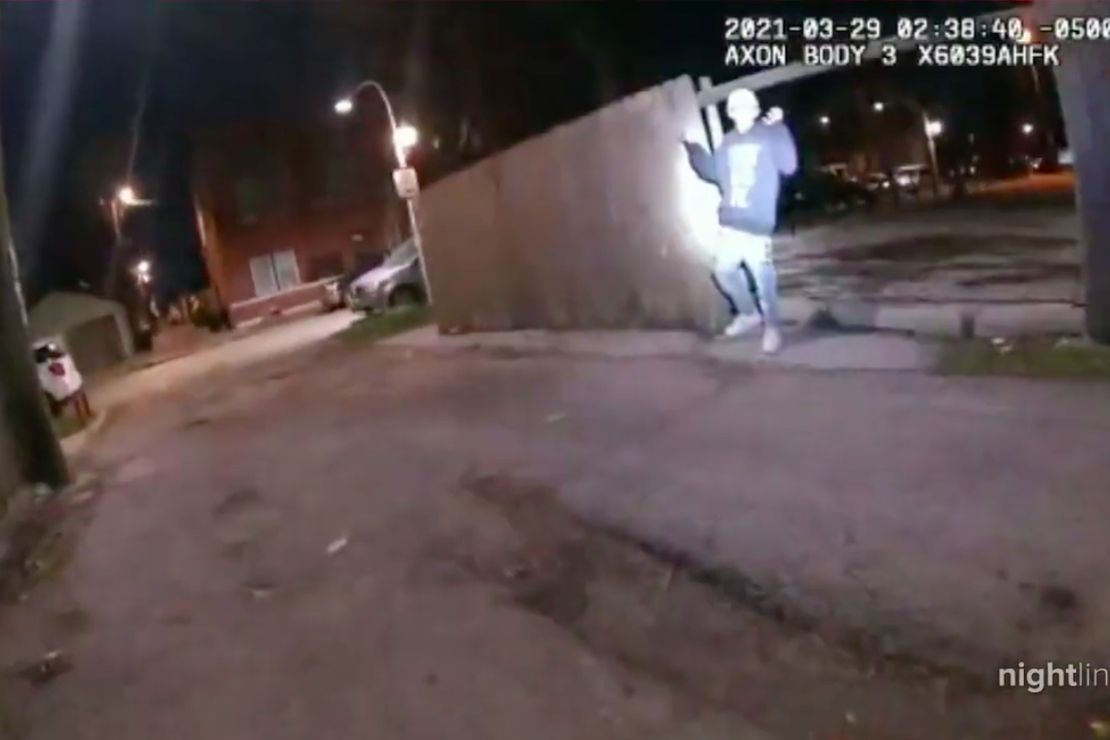 Thirteen-year-old Adam Toledo didn't deserve to die. But the 28 people who got shot in…

The circumstances of young Toledo’s death have already been mythologized and memorialized by bodycam footage, which the the Civilian Office of Police Accountability (COPA) released on Thursday. It is very difficult to watch.

The reporter spent almost a minute describing events events that the officer experienced in fractions of a second. You will see this video analyzed endlessly — frame by frame, moment by moment, with commentary telling us what the officer was thinking, what Toledo was thinking.

What we should think.

Perhaps we should also be thinking about the 3 people killed and 28 people shot in a bloody few days in Chicago last weekend.

At least 28 people were shot over the weekend in Chicago, and three of them had been killed.

The victims of the shootings this weekend included at least four people under 18, one of whom lost his life.

At 9:43 p.m. Friday, two teens and a young man were shot in the 200 block of West 37th Street in the Wentworth Gardens development, and one of the teen boys was killed.

The three victims were sitting in a parked vehicle when a black Dodge Durango pulled up and stopped. Two men got out of the sport-utility vehicle and began shooting at the victims’ vehicle, police said. A 17-year-old boy was shot in the back and was taken to Stroger Hospital of Cook County, where he was pronounced dead. He was identified as Davion Ward.

Just in the last 24 hours, a 17-year-old girl was riding in a car when she was shot in the head, killing her instantly. Four young people — all under the age of 25 — were standing around in the Humboldt Park neighborhood when a hail of bullets felled them. From 5:00 a.m. Thursday until 5:00 a.m. Friday, 7 Chicagoans were shot — most of them young people.

Where is the outrage about that? I suppose since the events can’t be twisted to serve a political agenda, they have become “nonevents” — they never happened. Young people are dropping dead all over the city — day after day, week after week — but that’s different. A cop did the killing — a white cop, a black kid, and here we go again.

The script is familiar — boring even. What follows next are the expressions of sorrow, tears, outrage, anger. And then comes the burning, the looting, the charge of police brutality. It’s like a very bad movie we’re forced to watch every few weeks — Groundhog Day without the groundhog or Bill Murray.

Meanwhile, body bags are filling with other young people every day around the city, young people who were not shot by police, but are just as dead. The mob is silent about those murders. They become enraged if they’re even asked about them. How dare you try to distract attention from our political agenda!

A white cop killed a black kid in Chicago and businesses in the Loop are nailing plywood boards over their windows because they know what’s coming. The family of Adam Toledo pleads for calm and demands “justice.” Meanwhile, where’s the “justice” for the other families of kids and young people who had the misfortune of not getting shot by a police officer?

But I can’t feel bad about the activists who take advantage of it all.

Rick Moran has been writing for PJ Media for 13 years. His work has appeared in dozens of media outlets including the Washington Times and ABC News. He was an editor at American Thinker for 14 years. His own blog is Right Wing Nut House. For media inquiries, please contact communications@pjmedia.com.

Published in Crime, Political News, RIP and US News