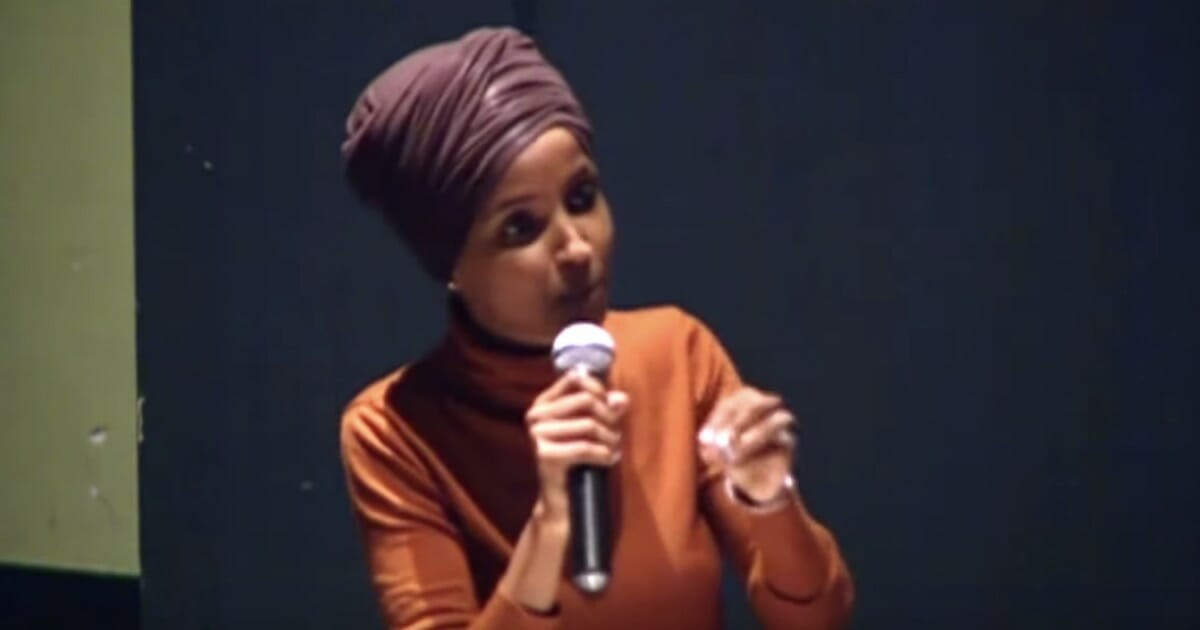 Rep. Omar made the remarks during an immigration forum in Minneapolis, during which she said…

Apparently, having an actual border and taking action against those who illegally cross it is such a heinous thing to Rep. Ilhan Omar that we need the United Nations in the United States to deal with it.

According to Fox News, the Minnesota Democrat made the proposal during a speech on Tuesday.

“We should do what any other country does, by dealing with this situation in a serious way,” she said.

“So we have to bring in the United Nations High Commissioner on Refugees — an agency that has the expertise and the training to handle massive flows of refugees humanely.”

According to the Minneapolis Star-Tribune, Omar made the remarks at a Minneapolis forum on immigration, an issue on which she said that the United States was “losing our moral high ground.”

Published in Illegal Immigration and US News