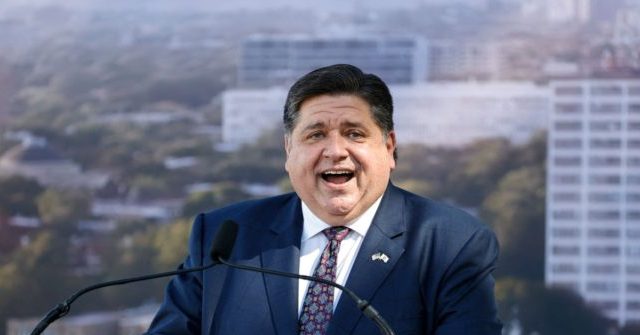 Illinois Gov. J.B. Pritzker (D) on Tuesday said he is hopeful he can lift the…

Illinois Gov. J.B. Pritzker (D) on Tuesday said he is hopeful he can lift the statewide mask mandate before the holidays, but he made no promises as the state’s 14-day case average rises by 11 percent, while states with no mask mandates, such as Florida, drop by 33 percent in the same timeframe.

On Tuesday, Pritzker told reporters that officials are watching numbers to determine when they should lift mitigation measures.

“I know pretty much every moment of every day you’ve wanted us to remove every single mitigation,” the Democrat said. “Every question that you give is a question about removing mitigations.”

“I want them to go away too, but we want to make sure that we’re keeping people healthy and safe following the guidelines that doctors are offering for us,” he said, noting that he would like to remove them before the holidays, but he made no promises to do so.

“And so we’ll continue to do that and obviously we want to remove the mitigations as we approach the holidays. These are, you know, that’s an important marker for us,” he said, adding that declines need to be seen in order for the state to drop the mask requirement:

We want to make sure these numbers keep going down. We’d like very much to head into, you know, we have three holidays coming up, but especially Thanksgiving and Christmas, where people spend extended amounts of time together, so we’d like very much to get to a place where we can remove certain mask mandates.

Pritzker announced the reinstitution of the statewide mask mandate in August, requiring everyone two or older to wear a mask in indoor public settings, regardless of vaccination status.