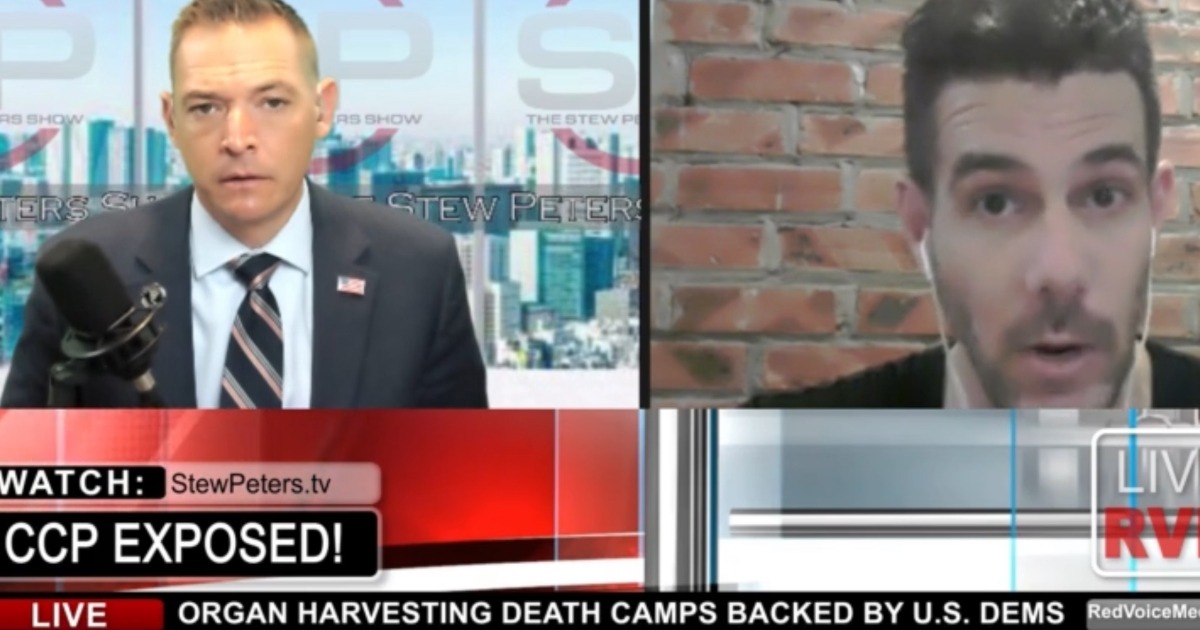 Investigative journalist Mitchell Gerber exposed the US government’s ties to the Chinese Communist Party in an explosive interview on The Stew Peters Show.

Investigative reporter Mitchell Gerber, who has spent his career shedding the light on the ongoing human rights abuses perpetrated by the Chinese Communist Party, made an appearance on The Stew Peters Show to discuss the US government’s ties to the CCP, who have been forcefully harvesting the organs of hundreds of thousands of innocent people for profit in Communist state mandated hospitals and concentration camps throughout the country for decades, as western media has remained questionably silent.

“This is a reign of terror that has killed 100 million people, destroyed and decimated 5,000 years of Chinese culture, and is slaughtering hundreds of thousands of innocent prisoners of conscience in state mandated hospitals under the Chinese military, started in 1999, and is cutting out their organs while alive,” explained Gerber. “There’s no other regime that is harvesting innocent people in concentration camps, at least 252 concentration camps, 36 death camps, and over 1,800 hospitals, turning their doctors into murderers and killing these people while alive for their organs, and fueling a multi-billion dollar business.”

The interview paints a dark picture of the genocidal Chinese Communist Party, who Gerber says has infiltrated the US government at the highest levels. “There are a lot of CCP opertatives. For example Joe Biden, Obama, Clinton, have allowed this to happen because they are deeply involved in the pedophelia, and the child trafficking, which is about to come out as well,” said Gerber. “There have been spies – Eric Swalwell, Mitch McConnell, Nancy Pelosi, and Dianne Feinstein, to name a few, that have been aligning and colluding with the Chinese Communist Party.”

Gerber also criticized the US government and media for covering up the anti-CCP election documentary by Mike Lindell that exposed “the Chinese Communist Party rigging the election right in front of our eyes by using the Dominion systems, and funding them for 400 million dollars. Not to mention Hollywood, the multinational corporations, and Joe Biden, who was installed by the CCP.”

“They call him China Joe for a reason,” replied Peters, who brought up the fact that Joe Biden, as Vice President, flew to Communist China on Air Force 2 with his son Hunter Biden back in 2013 to meet Hunter’s Communist Chinese business partners. At the time, Hunter Biden was in the process of forming a Chinese private equity fund, with plans to raise money from Communist China. Ten days later, Hunter’s company successfully landed a deal with the Communist state-owned Bank of China and created a $1 billion investment fund called Bohai Harvest RST, with Hunter Biden serving as a board member.

Gerber described the CCP-Biden corruption revelations with one word, “treason.” The groundbreaking full interview can be found on Red Voice Media.