Is NATO Trying To Provoke Unrest And Instability in Bosnia and Herzegovina? 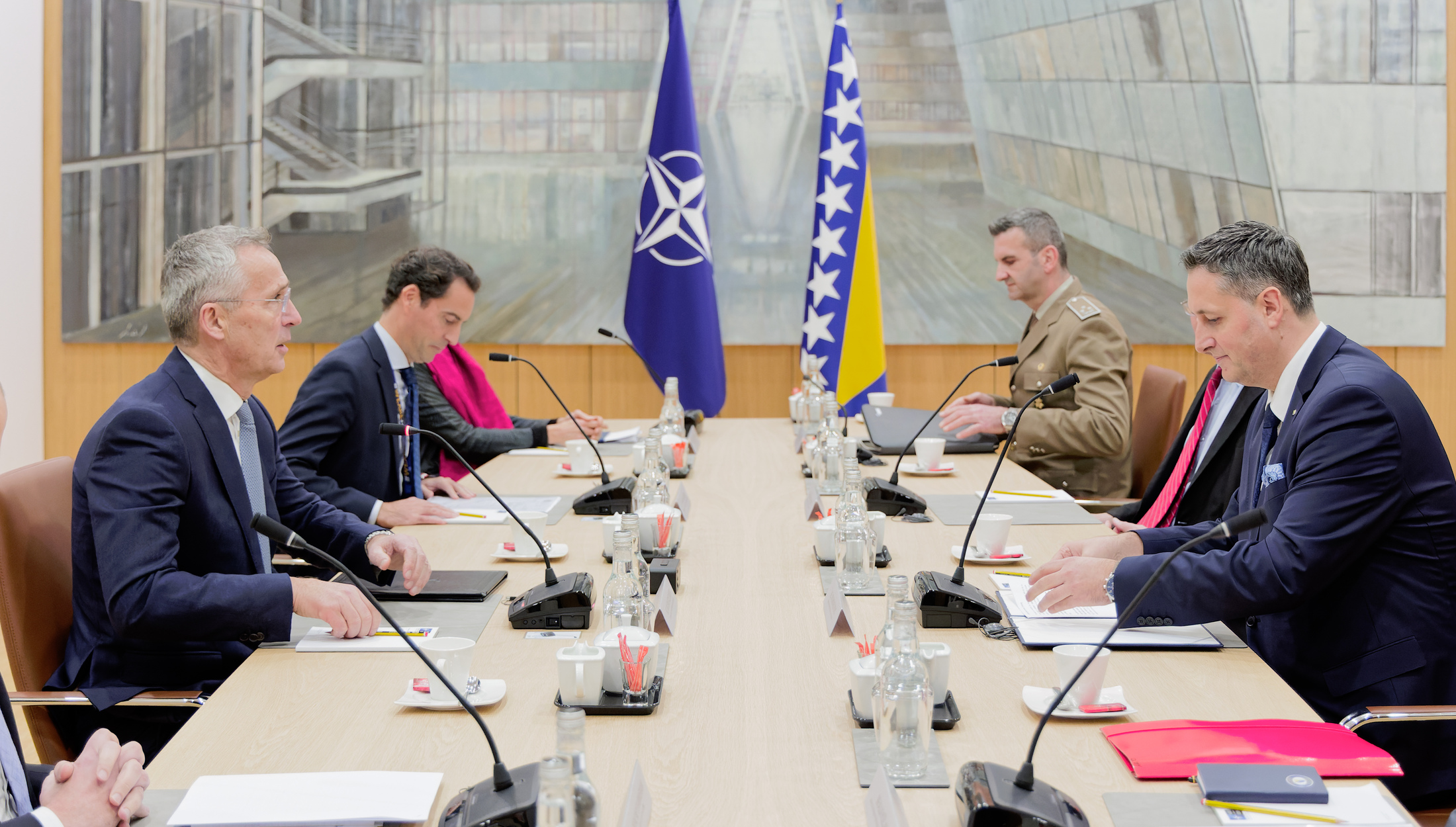 Is NATO Trying To Provoke Unrest And Instability in Bosnia and Herzegovina?

“The fact that NATO  leaders decided on this format for the meeting, ignoring the fact…

Denis Bećirović, a member of the tripartite Presidency of Bosnia and Herzegovina, and vice-president of the country’s Social Democratic Party, visited NATO headquarters on Monday, receiving an official welcome from Secretary General Jens Stoltenberg. The visit stirred controversy, as Berćirović cannot represent an official position of the Bosnian presidency without an agreement among its members.

In a press statement on the official NATO website, it was reported that “The Secretary General highlighted that NATO supports Bosnia and Herzegovina’s Euro-Atlantic aspirations and that work is underway to develop a Defence Capacity Building package that will propose projects aimed at strengthening the country’s defence and security capabilities. He said that NATO will continue to provide support to Bosnia and Herzegovina’s defence sector reforms, including through the NATO Headquarters Sarajevo.”

President of the Republika Srpska Milorad Dodik, immediately put out a statement on Twitter, saying “Bosnia and Herzegovina is not going into NATO integration, and that is the well-known position of Republika Srpska.”