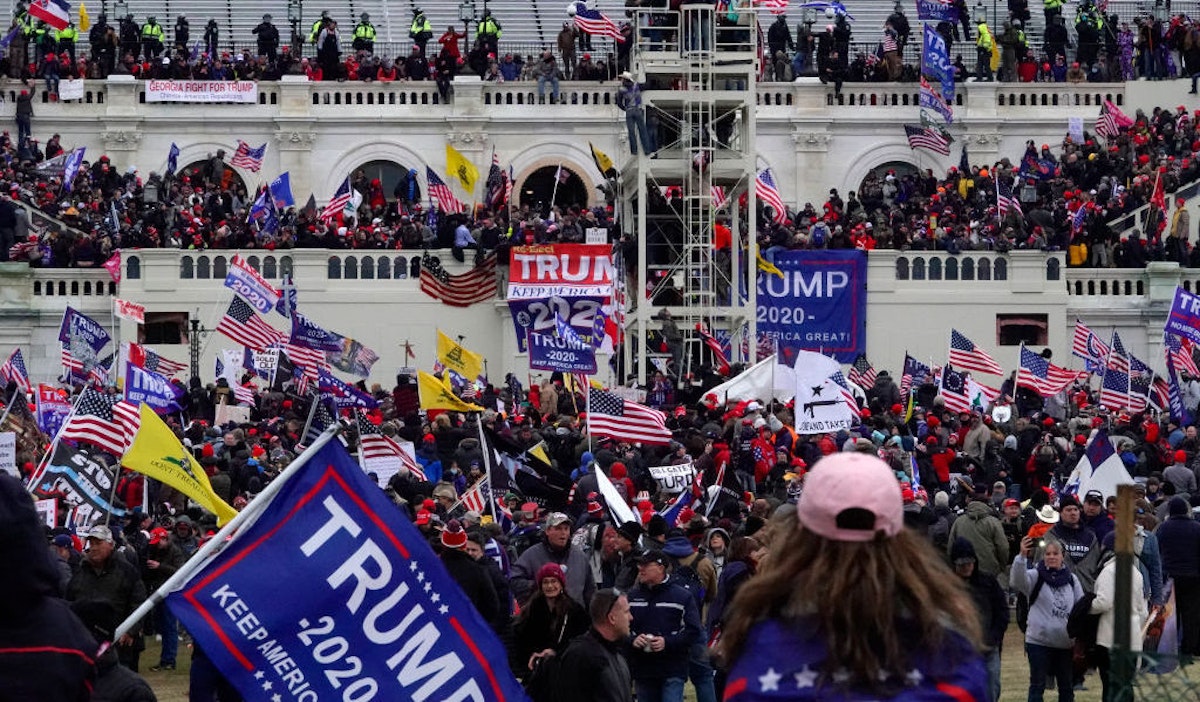 A federal judge on Monday handed down the heaviest sentence yet to a defendant who was at the Capital riot — seven years to a Texas man who never entered the building.

A Washington, D.C., jury convicted Guy Reffitt, 49, of five felonies in March, including carrying a gun on U.S. Capitol grounds and threatening his children against reporting him to law enforcement. Reffitt was also convicted of two counts of civil disorder, and one count of obstruction of an official proceeding.

U.S. District Court Judge Dabney Friedrich declined a Department of Justice request to sentence Reffitt as a domestic terrorist, stating it would create an “unwarranted sentencing disparity,” according to Politico. Treating Reffitt’s crimes as terrorism would have substantially increased Reffitt’s potential sentence; prosecutors had asked for a 15-year term.