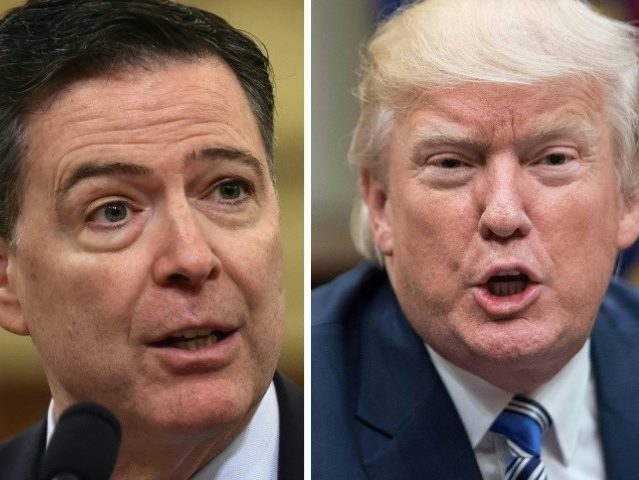 The IG report relates that prior to the briefing, FBI members on Comey’s team discussed the need to memorialize the exchanges between Comey and Trump during the private January 6, 2017 briefing in Trump Tower just in case Trump made statements relevant to the agency’s Russia probe. In other words, they plotted to stealthily use statements Trump said to Comey in a private briefing to inform their Russia collusion investigation.

The IG further relates that Comey went on to do just that. He had a laptop waiting for him in the car, where he immediately began memorializing the private talk. He also immediately provided a “quick download” of the Trump briefing to members of the FBI’s Russia collusion team via a secured video conference.  READ MORE…