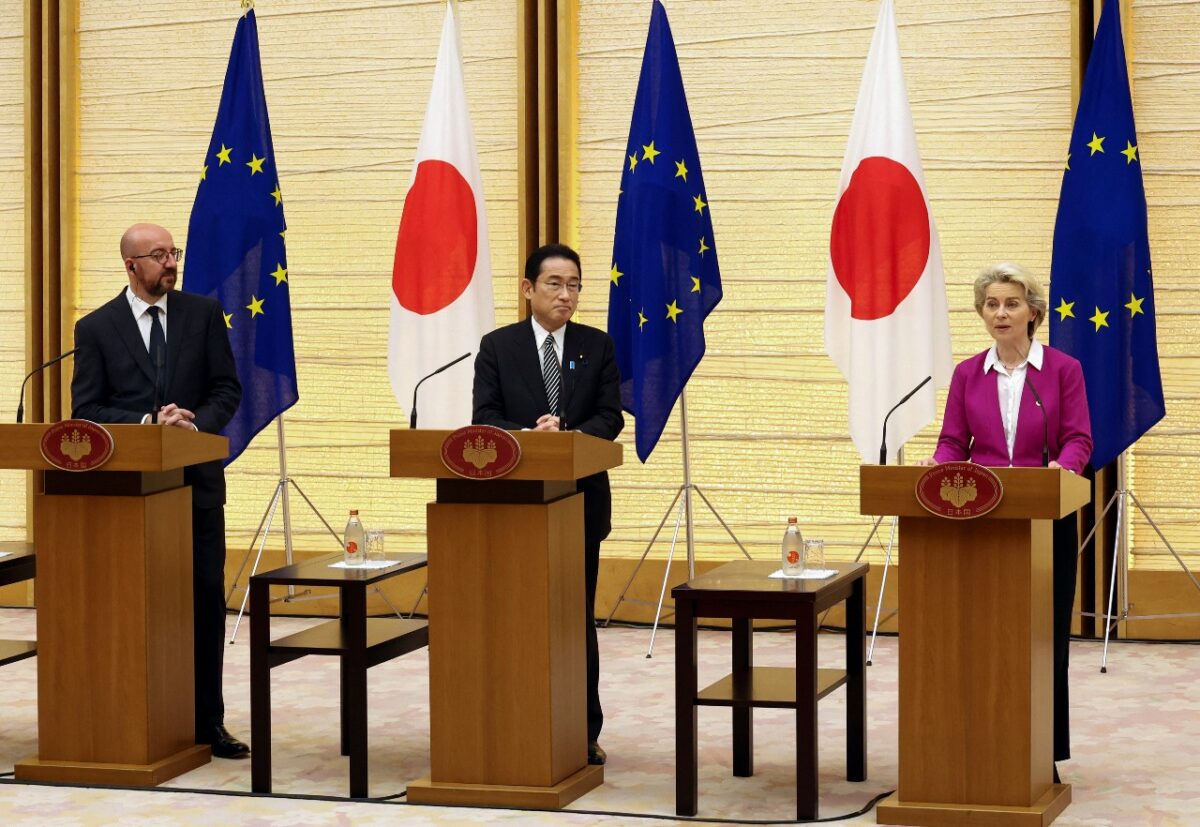 Leaders from Japan and the EU announced a new digital partnership on May 12 following a summit in which they discussed how to jointly contend with rising authoritarianism amid Russia’s invasion of Ukraine, nuclear saber rattling from North Korea, and increased aggression from China’s communist regime.

“Today we discussed the deepening strategic and economic partnership between the European Union and Japan,” Michel said. “We addressed our bilateral relations and important regional and global challenges, and how best to coordinate our responses…