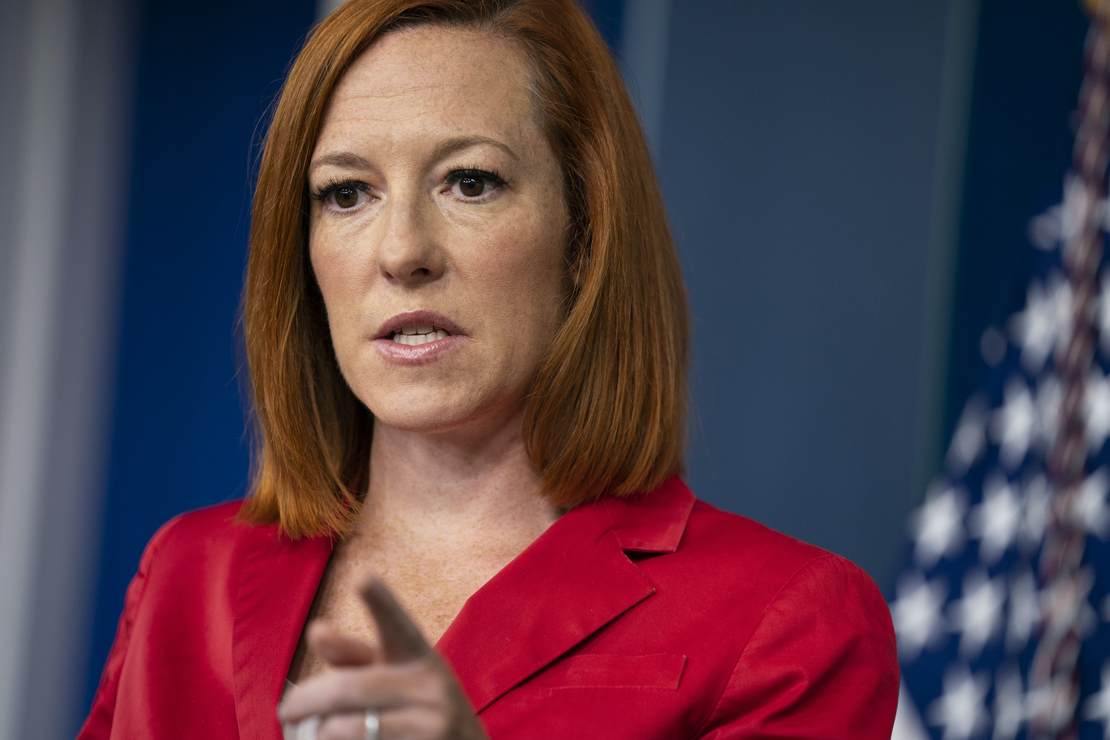 She actually doubled down nearly a day after the "whip" story was debunked.

Until yesterday, the mainstream media weren’t interested in the tens of thousands of mostly Haitian illegal immigrants rushing the border at Del Rio, TX. It didn’t matter that the people involved were living in their own feces under a bridge in a refugee camp. Donald Trump isn’t president, so who cares, right?

That lack of attention suddenly changed yesterday after a picture went viral purporting to show a CBP agent whipping a black illegal immigrant. Of course, even a quick glance revealed that the agent was grabbing the man with his hand and that the “whip” was actually the long reins on the horse. It didn’t matter, though. The media had their racism angle, and they were going to push it.

What wasn’t expected was for the White House to lie about their own executive agents at the Border Patrol. Yet, Jen Psaki did just that during her briefing yesterday, calling the supposed scene “horrific” without even bothering to do an ounce of research.

Yet, even still, you could maybe chalk up Psaki’s original commentary to ignorance given she was speaking shortly after the picture went public. What you can’t do is excuse her getting up the next morning, appearing on a major news show, and saying the same thing nearly a full day after the entire controversy was debunked.

“This is not who we are," Psaki says. "That’s not who the Biden-Harris administration is." pic.twitter.com/T5nPVAjih7

Imagine being a Border Patrol agent right now in Del Rio, TX. You are overworked, underpaid, away from your family, and faced with an impossible situation as tens of thousands of illegal immigrants flow across the river. Your superiors have tied your hands as far as enforcement, yet you go out there and still try to do your job as best you can. But instead of being praised and supported, the White House, knowing the actual facts, goes on national TV to lie about “whipping” Haitians in order to push a false racist narrative.

It’s astonishing, and truly, I’ve never seen anything like this. You would expect the administration to have some semblance of integrity when it comes to speaking about the agencies they directly control. Instead, Psaki is just spewing untruths as if the CBP are some rogue entity just doing their own thing. That kind of lying betrayal in light of readily available facts is absolutely shameless. It’s enough that I think CBP agents should start walking off the job in response.

Clearly, the White House believes they can make political hay by making “racist” CBP agents the story instead of the massive humanitarian failure at the border that they caused. None of this would be happening had Joe Biden not walked in and reversed key Trump-era policies that were keeping the tide at bay. What we are seeing right now was completely preventable. And for Psaki, and Biden by extension, to lie about CBP agents instead of taking responsibility for their decisions is one of the worst things I’ve ever seen in covering politics.