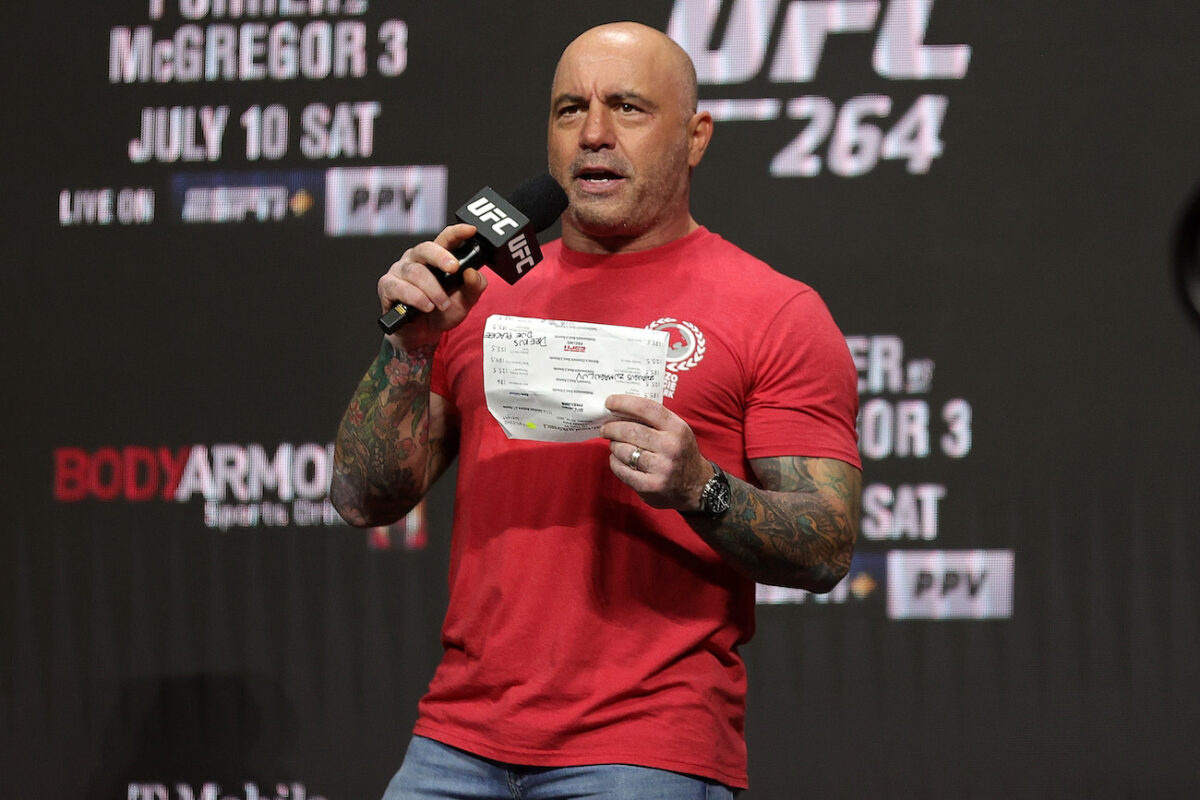 Podcaster and comedian Joe Rogan revealed that he tested negative for COVID-19 days after confirming he contracted the disease.

“Tested negative today! Thanks for all the kind wishes!” Rogan wrote while sharing a photo of his negative test result on Sept. 3.

About two days before that, Rogan confirmed he contracted the virus and was taking a variety of medications for it.

“We immediately threw the kitchen sink at it. All kinds of meds,” Rogan said. “Monoclonal antibodies, ivermectin, Z-pak, prednisone, everything. And I also got an NAD-drip and a vitamin drip.”

Rogan said he underwent such treatment for three days.

After Rogan’s announcement that he’s using ivermectin, several media outlets published pieces against the comedian and accused him of promoting the drug, which was approved by the Food and Drug Administration (FDA) years ago to treat several tropical diseases including onchocerciasis, helminthiases, and scabies. Several states in India earlier this year began treating COVID-19 patients with the drug.

The FDA and other federal health agencies last month began issuing warnings about taking ivermectin for COVID-19, saying that there have been reports of people consuming the livestock version of the drug.

In the wake of Rogan’s diagnosis and announcement, Rolling Stone published a report claiming that Oklahoma’s hospital emergency rooms are swelling with people “overdosing” on ivermectin, describing it as a “horse dewormer.” The article cited Oklahoma ER doctor Dr. Jason McElyea, who claimed gunshot victims are having issues accessing ER facilities in Oklahoma due to ivermectin overdose cases.

However, an Oklahoma hospital that McElyea had worked for denied his claims on its website.

“Although Dr. Jason McElyea is not an employee of NHS Sequoyah, he is affiliated with a medical staffing group that provides coverage for our emergency room,” NHS Sequoyah wrote. “With that said, Dr. McElyea has not worked at our Sallisaw location in over 2 months. NHS Sequoyah has not treated any patients due to complications related to taking ivermectin. This includes not treating any patients for ivermectin overdose. All patients who have visited our emergency room have received medical attention as appropriate.”

It added: “Our hospital has not had to turn away any patients seeking emergency care. We want to reassure our community that our staff is working hard to provide quality healthcare to all patients. We appreciate the opportunity to clarify this issue and as always, we value our community’s support.”

In his Aug. 20 podcast, Rogan became infuriated about New York City’s recent mandate for people to show proof they’ve been vaccinated against COVID-19 to enter indoor venues. The comedian, who has an upcoming show at Madison Square Garden, said he won’t force fans to get the vaccine.

“I have a problem because I have a show there in Madison Square Garden in October, and I’ve already sold 13,000 tickets,” Rogan said at the time. “And now they say that everybody has to be vaccinated and I want everybody to know that you can get your money back.”

He continued to say: “If someone has an ideological or physiological reason for not getting vaccinated, I don’t want to force them to get vaccinated to see a [expletive] stupid comedy show.”

Published in Coronavirus, Entertainment News and US News