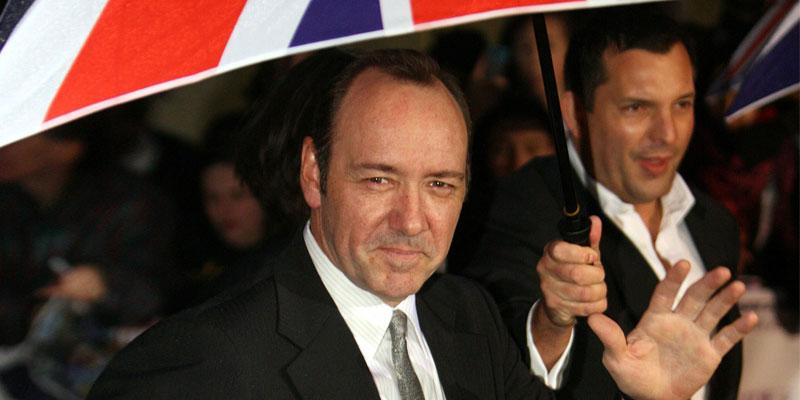 The Oscar winner can now delay his court case due to international laws.

Actor Kevin Spacey is hiding out in Europe after being hit with a lawsuit by two men who claim they were sexually assaulted by the actor when they were minors. OK! has obtained court documents which reveal Spacey has relocated to London, a move that allows him to delay his trial by at least four months. It could also result in the judge tossing out the case brought against Spacey by Rent star Anthony Rapp and an unknown man who is identified in court documents as C.D.

Spacey, 61, has owned a flat in London since 2009, purchasing the property when he was the artistic director at The Old Vic Theater. And while it may be out of the country, it is certainly no hideaway. The 2,500-square-foot pad has floor-to-ceiling windows that offer views of the nearby Houses of Parliament and the London Eye.

“The signed Order to Show Cause indicates that our office is to serve a copy of the Order, together with the papers upon which the Order is granted, and the Summons and Verified Complaint, on defendant Spacey on or before November 13, 2020,” writes Peter Saghir in his letter to Justice Robert Kaplan. “Upon information and belief, the defendant currently resides in London. We retained an international process server who has begun the process of serving the defendant. The process server advised us that service in London must be done through the Hague Convention and will take approximately four (4) months to complete.”

Saghir is now asking that the court extend the deadline for when Spacey has to be served from November 15 to February. There was a previous attempt to serve him in Baltimore, where he purchased a multimillion-dollar property shortly after Rapp, now 48, revealed he had been assaulted by Spacey when he was just 14 at the actor’s apartment.

The lawsuit — which was filed in New York Supreme Court in Manhattan — alleges that Spacey sexually assaulted C.D. on multiple occasions after the two met in an acting class in Westchester County in the 1980s. According to the suit, Spacey invited his acting student to his apartment and “engaged in sexual acts” with him on different occasions. During their final time seeing each other, Spacey assaulted the student, even though he made it clear he didn’t want to be touched by Spacey.

“Prior to intentionally and voluntarily attempting to anally sodomize [C.D.], defendant, Kevin Spacey, through his words and acts, intentionally caused the plaintiff, C.D., to become apprehensive that a harmful and/or offensive bodily contact was about to occur,” reads the complaint.

Rapp claims that Spacey “engaged in an unwanted sexual advance with a 14-year-old and grabbed [Rapp’s] buttocks, lifted him onto a bed and laid on plaintiff’s body.” He goes on to note that the event led to “sustained psychological injuries, including but not limited to, severe emotional distress, humiliation, fright, anger, depression and anxiety.”

Spacey has watched his career crumble under these allegations. He did manage to avoid any prison time however when a criminal case against the actor fell apart last year after it was learned the plaintiff in the case had manipulated evidence. In that case, the actor was accused of groping an 18-year-old boy in a Nantucket bar, though he had presented himself to be over the age of 21 at the time.

“I don’t think it will come as a surprise for anyone to say that my world completely changed in the fall of 2017. My job, many of my relationships, my standing in my own industry were all gone in just a matter of hours,” Spacey said of the allegations while appearing at a conference in Europe earlier this year.

“And so while we may have found ourselves in similar situations albeit for very different reasons, I still feel that some of the emotional struggles are very much the same. And so I do have empathy for what it feels like to suddenly be told that you can’t go back to work, or that you might lose your job, and it’s a situation you have absolutely no control over.”

Spacey has not worked since, and director Ridley Scott went so far as to cut Spacey from his film All the Money in the World and reshoot with Christopher Plummer in the role just a few weeks before the movie was set to hit theaters. That decision was soon overshadowed, however, by the news that Mark Wahlberg was paid $1.5 million dollars for that week of reshoots while his co-star Michelle Williams — a four-time Academy Award nominee — was given just $80 per day.

Published in Crime, Entertainment News and US News