Klobuchar: Republicans Embracing ‘Evil’ of Deliberately Making it Hard for People to Vote 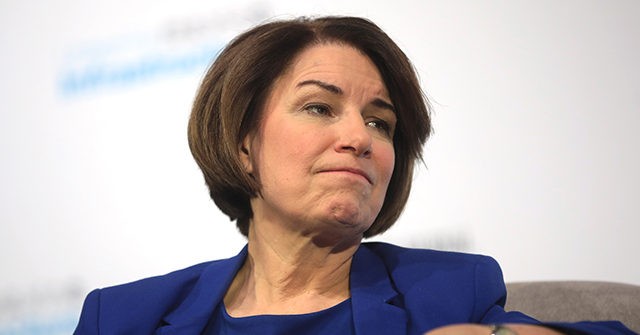 Klobuchar: Republicans Embracing 'Evil' of Deliberately Making it Hard for People to Vote

On the Democrats voter bill to address the various state bills, Klobuchar said, “Right now, Senator Schumer and I believe he’s right about this. We are going out and reaching out to Republicans. I just did that this weekend, talking to them about the bill, explaining how we’ve changed the bill to make it more practical for small areas, small jurisdictions, rural areas, responded to some of the challenges of our time, and we are going to them on that. I personally, as you know, favor abolishing the filibuster, but Senator Manchin and others have indicated some willingness to look at things like a standing filibuster. Making some changes, you would have to make changes to the rules to do that.”

She continued, “So I’m going to, one, do everything we can to make the case for this bill. We literally just introduced it a week ago. And then, two, we go to the procedures if we need to. But I just don’t know how my colleagues can in good faith, some of them, I know and I like very well, on the other side of the aisle, how they can embrace what is essentially evil. It is evil to make it deliberately hard for people to vote. It is not consistent with democracy. And that’s coming from a state that you know well, Minnesota, highest voter turnout rate in the country every year. Who have we elected? Not always Democrats. We elected Tim Pawlenty as governor with very progressive voting laws. We elected Jesse Ventura. I don’t think it always dictates who wins, but it means that people are part of the franchise. They are not left out of the franchise.”

Klobuchar added, “When you look at what happened yesterday at the Capitol, I was proud of the police, yet we are still dealing with that same sentiment we saw on January 6th, where people do not respect people’s right to vote. They were trying to tear down the electoral college. They literally went to the platform where Joe Biden and Kamala Harris would be inaugurated to weeks later to tear it down. They invaded the Capitol with bear spray and bayonets and flag poles, and now those weapons are basically being sent out to the states with voter suppression laws. It is all part of the democracy and my friend, Tim Kaine, probably said it best. Our job as senators right now, we’ve got a lot to do, economically, but it is the oath we take to protect and defend the constitution of the United States. We need federal voting rights to do that.”