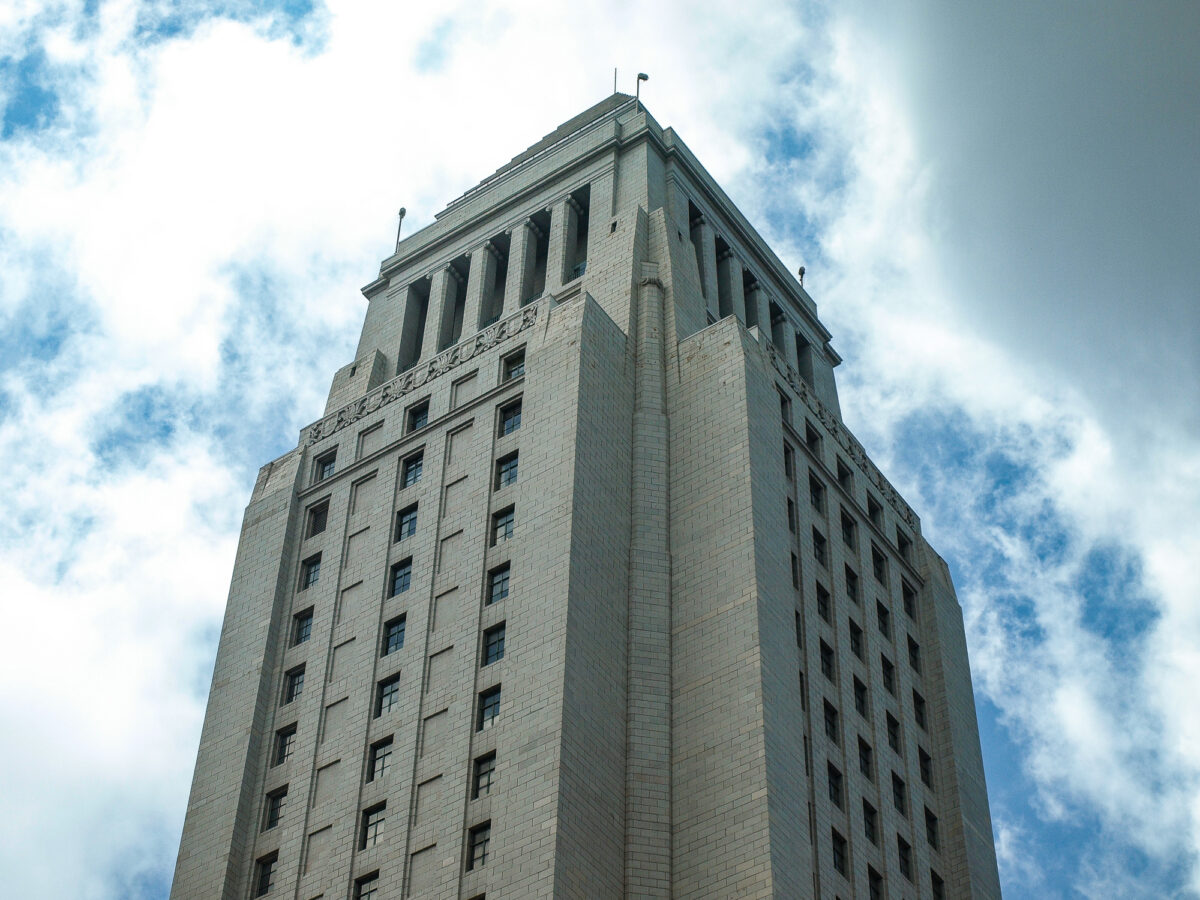 Demonstrators in Los Angeles will no longer be able to protest within 300 feet of a target’s home, according to an ordinance passed today by the city council after Angelenos protesting the city’s COVID-19 vaccine mandate showed up at two councilmembers’ homes.

On Sept. 14, the city council voted 13-2 to pass the ordinance, with Councilmembers Nithya Raman and Mike Bonin dissenting, though they declined to comment at the final vote. A unanimous vote was required to pass the ordinance on first reading; on second reading, ordinances usually require a simple majority to pass, but because this ordinance included an emergency clause, it requires a three-fourths majority to pass. The final vote on Sept. 21 passed, again with a 13-2 vote.

Currently, the city’s law states that people may not protest within 100 feet of a target’s private residence. The ordinance changes that law to 300 feet and states that the target of a protest may sue violators of the ordinance for damages; violators may also be fined $1,000.

Council President Nury Martinez and Councilmember Mitch O’Farrell introduced the motion last month after an anti-vaccine mandate protestor shared councilmembers’ home addresses and encouraged people to show up at their homes and protest.

While those in favor of the ordinance express concern for the city councilmembers’ safety, some Angelenos worry the ordinance restricts their First Amendment rights.

When she introduced the motion, Martinez said a group of people gathered at her house one evening, banging on her doors and windows, harassing her neighbors and family members, and “threatening my life,” she said.

“I think it’s clear to me that these protests are now starting to escalate more and more and what I’m really concerned about is the escalation of an actual violent event taking place anywhere in our neighborhoods, particularly our residents,” Martinez said at the final vote.

Martinez said that protestors should gather in public places such as councilmembers’ offices or City Hall, not to their homes.

“Those folks who have a disagreement with what we legislate here in this body … are welcome to call during public comment or protest any one of our decisions outside this building, which is a public facility,” Martinez said.

“I think we need to do this now so that those of us who make tough decisions feel a little bit more protected, but more than anything our families who did not sign up for this,” she said.

Some Los Angeles residents called into the city council’s final vote meeting to express concern that their rights to free speech were being violated.

A video posted on Twitter by activist group K-Town for All shows protestors gathered outside of Martinez’s home, one with a megaphone, chanting, “What’s the reason we’re in these streets? No ban on 300 ft!”

“When those in power refuse to hear from the marginalized groups they oppress, taking protests to their homes is sometimes the only remaining option,” activist Kenneth Mejia, who is also running for L.A. controller, tweeted.

Activist groups including K-Town for All, Los Angeles Tenant’s Union, and Street Watch Los Angeles, issued a statement on social media regarding the ordinance.

“The current proposed law conflates illegal actions taken by violent rightwing extremists as protesting and uses such actions as political cover to in turn restrict constituents from exercising their First Amendment rights to protest the ongoing failures of our local elected leadership,” the statement reads.

“By deputizing other private citizens to seek up to a $1,000 civil penalty against those who do violate the ordinance, it is clear that this ordinance is intended to silence the most marginalized amongst us, including workers protesting unfair labor conditions or tenants opposing illegal evictions, from standing up for their rights.”

Councilmembers Nury Martinez and Mitch O’Farrell, as well as activist group K-Town for All and Kenneth Mejia, did not respond to a request for comment by press time.

Published in Financial News, Health News, US Economy and US News